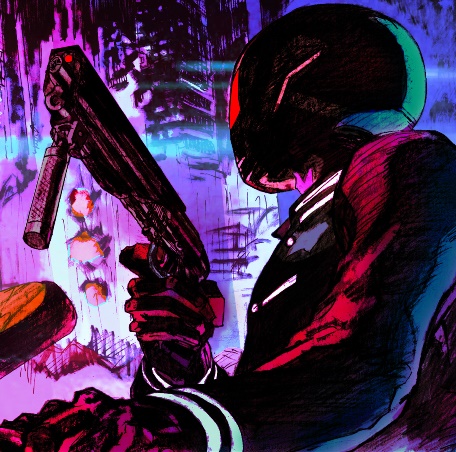 Music these days has splintered off into a thousand and one sub-genres.  Who can keep track?  Me, I guess.  With the genre known as synthwave, there is the added complication of there being two different incarnations, with one appearing in the late 1970’s and lasting for another decade or so, and the other being much more recent, starting in the 2000’s and continuing to this day.

If you are new to synthwave, we will try to describe the difference between the two genres, and clarify what exactly synthwave is now. But first, we’ll dip into the history of the genre.

What synthwave is and what it was are basically two different things.  The original genre of synthwave was also called synth-pop or sometimes electropunk.  It was never really called synthwave actually, or even “synth wave”, specifically.  If I recall correctly, it was referred to as synth pop, but some writers may have called it synth wave at some point.  For our intents here, we will distinguish between the first wave being called synth wave (note the space), and then the second and most recent incarnation being synthwave.  Get it?

Before we go further, here’s a taste of some old school synth wave from one of my favourite 80’s movies, the 1981 John Carpenter classic, Escape from New York with Kurt Russell starring as Snake Plissken as…ah, look it up if you feel like it.

Escape from New York doesn’t exactly “embody” the genre of synth wave aka synth pop, but no one song or soundtrack does.

The essential premise of the original wave of synth-based music, under the umbrella term of synth pop (but was not really synth pop at all), is that it involved any music that contained a lot of synths, was used for a sci fi or action movie soundtrack, and combined it with a type of futurism, with the result being a type of music that best used for scoring films and video games.

Synth pop was part of this “wave” of synth-based music, but synthwave, or what would become synthwave nowadays, was sort of an undefined type of synth music that was becoming popular due to the proliferation of the technology, plus the types of movies and games that were permeating pop culture at the time.  Speaking of pop culture, I remember in 1987 when Ferris Bueller’s Day Off was in theatres, and this song, called “Oh Yeah” by Yello, came on the screen at the end.  By this point, you knew (or can see in retrospect, at least) that pop music and offbeat experimental electronic music had finally melded into one.

Who influenced the first coming of synth wave?  Jean Michel Jarre, Tangerine Dream, Brian Eno, and Vangelis are some of the essential first wave synth proponents from the ’70’s, not to mention all of the retro gaming music composers like Rob Hubbard, Matt Gray, and countless other old school retro video gaming music gods.

These guys had their roots in classical, jazz, and prog rock, so they weren’t exactly mainstream hitmakers.  In fact, they weren’t part of the mainstream at all, although their sound was so powerful that it attracted new fans left and right.

There were still most often vocals in these original synth wave songs that became hits in the 80’s, like any other pop song of the day, but often songs had no vocals to highlight the soundtrack nature of some of the songs, as shown in the above examples for instance.  It was always a dichotomy, with some songs going straight for the pop jugular, and others being steeped in obscure references and progressive music from the past.

Here’s a synth pop song with vocals that was aiming for mass appeal, from classic synth pop band Depeche Mode.

In many cases both the bands who performed synth wave, in the manner that people still play it today, represented “the future” in one way or another, either performing as robots, cyborgs, (ie. Kraftwerk) or some type of futurist (often dystopian).

Of course, if they were more on the new romantic side of things, they might just be sharp dressed individuals with some type of distinctive “look”.  Hair was always something to check out on these artists.  Think Duran Duran circa 1984.  They still had guitars, but synth was a big part of their sound and they went on to be one of the biggest bands the world has ever known. 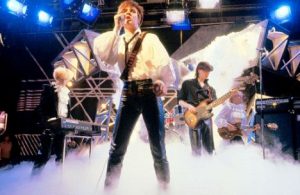 Here is a band that informed the original synth pop bands a great deal – the legendary Kraftwerk.  This was back before they really modelled their look after dystopian futurism, in 1975.  They went on to call it “machine music”.

Divergence of Synth Pop and Synthwave

It is also worth noting that when it comes to categorizing music in general, the acts that were considered “synth” groups in this original period of the 70’s/80’s were more so labelled as such by music journalists who were having a hard a time figuring out what to refer to these new and different bands as in music magazines.

Music industry people had never seen bands like these before, nor were they familiar with synths in general, so no one really knew what to call these types of groups.  Should they be called synth pop, new wave, synth wave, electro punk?  Synth pop, to my knowledge, was the prevailing term of synth-based bands at the time.  Synthwave, as we now know it, was still at this time more of a loose concept than a formal term, and embodied the more experimental aspects of synth pop.

Here is the group, Yazoo (AKA Yaz), with their hit, “Only You”, written by synth master Vince Clarke.  Undoubtedly synth pop.

The bands themselves didn’t always refer to themselves by any such label, ie. “synth pop”, or anything else at the time.  That said, once the term synth pop had caught on, bands realized they could benefit by billing themselves as such, and so they did later on, once the term had been firmly entrenched in mass culture as a whole.

Many of these synth-based acts, while reaching their peak in the 1980’s, still started their careers in the 1970’s, when synthesizers were becoming more accessible to musicians by virtue of slightly lower prices at music stores. 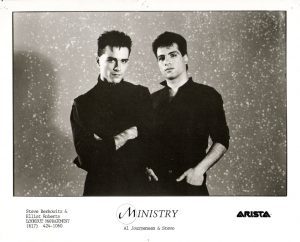 What Is Synthwave Now Vs Then?

The relatively “new” breed of synthwave music is not really referring to the old guard of acts who once embodied the genre like Depeche Mode, and the rest.  Synthwave (no space this time) began in the early 2000’s, and, like the synth pop of old, certain tracks were instrumental only, while others feature vocals prominently.  This has never been the deciding feature of the genre.

Let’s kick this section off with some Mitch Murder and his classic track, “Remember When”, which flashes back to the ’80’s and some of the great nostalgic memories from movies of that time including E.T., the Karate Kid, the Breakfast Club, and more.

Modern synthwave, while it does sometimes target mainstream listeners, generally is more of an underground self-aware type of affair, with only a select group of listeners who care about old movies, video games, and synth pop caring about very much.

That said, while its crowd is currently somewhat selective, I think it is also fair to say that synthwave has elements that appear in all forms of modern popular music in terms of radio hits nowadays, because most radio hits love to incorporate synths more now than ever into their song arrangements. Still, this type of music would now be considered electropop, not synthwave.

Regardless of which demographic it is aimed at, this new form of the genre takes everything that happened in the 70’s, 80’s, and 90’s, including video games, movie soundtracks by famed directors like John Hughes and John Carpenter, and, of course, the original bands that inspired the name (pop, experimental, or otherwise), and mash it into one glorious cocktail of sounds to give us what is the essence of “synthwave” now.

Let’s have a listen to the track Ghost Dancers Slay Together, by Perturbator, which definitely throws back to some serious old school vibes featuring a dystopian cyberpunk aesthetic.

It was in the 80’s that the music business and fans as well realized how much they loved the sound of dystopian futurism, and it became bigger in some ways than anyone might ever have dreamed.

Not to name drop Depeche Mode again, but in recent years their world tours have generated more money than almost anyone else, and even though they typically are thought of as synth pop, they too have strong synthwave elements – go figure.

The new synthwave really makes no bones about where it comes from – it honours the past while also playing with it, then serves to experiment and forge new ground where it can.  It is not a limited genre, but, like all genres, it follows certain trends and cliches which everyone loves and are tried and true.

Retro elements from old video games and movies are definitely taken advantage of as well, in the form of certain familiar tropes.  At the same time as the music has a retro feel, it uses modern production to update the sounds which, in their original incarnation, may have been more contained and sparsely produced, can now be blown up to sound huge and, more suitable for today’s larger than life global culture.  Since synth users were always considered more geeky than their rock guitar playing counter parts, it is no surprise that they seem to have a better insight into musical production, if I may generalize.

Check out this epic track by Gunship, called Art3mis & Parzival, which successfully combines all the elements that make synthwave what it is – dystopian futurism, retro gaming, soundtrack music, but it combines it with more modern elements as well.

Another element of synthwave today is the “open source” nature of the sounds themselves.  Creators of certain tracks are apt to share various patches with other creators in order to create certain sounds.  This, in a way, makes the “sound” or “effect” the star just as much as the artist.  Because, once artists become aware of a particular patch as being a good one, the community will rally around it and actively mention it and promote it.

But synthwave is now more than just music.  It is also wrapped up in culture itself, with synthwave style art also being somewhat definable.  Just drop by any platform that features a visual component (instagram, etc), and you’re bound to see some synthwave style artworks. 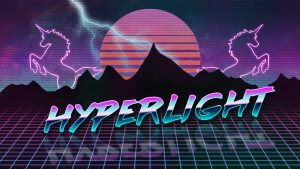 Unfortunately for those of us who would like to keep things simple, the rabbit hole that is synthwave goes far deeper than just simply defining the genre and being done with it.  Synthwave grows tentacles in the forms of sub-genres like vapourwave, futuresynth, retrowave, and outrun, to name but a few sub-genres.

If you were a kid in the ’80’s, you might know “outrun” as Outrun, a popular driving video game.  Yeah, it’s that, but it’s also a genre now too, thanks to the 2013 album by Kavinsky that produced fast-paced synth music perfect for driving.

Today, it’s shows like Stranger Things and the 2017 version of Blade Runner that have helped to keep synthwave popular.

Another feature of synthwave music that is particular to these times is the fact that it is self-produced, and is effectively an underground movement. 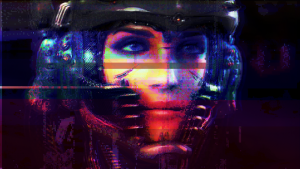 With platforms like Bandcamp, Youtube, and Soundcloud being huge incubators for new ideas, they tend to draw in synthwave artists because there is no barrier between the artist and releasing their work to the public.  And these days, you never know what will be popular next, although many artists are content to exist in their dark little corner of the web as well, as not all artists crave the adulation of the masses.

We hope this clears things up a little bit as to what synthwave is all about.