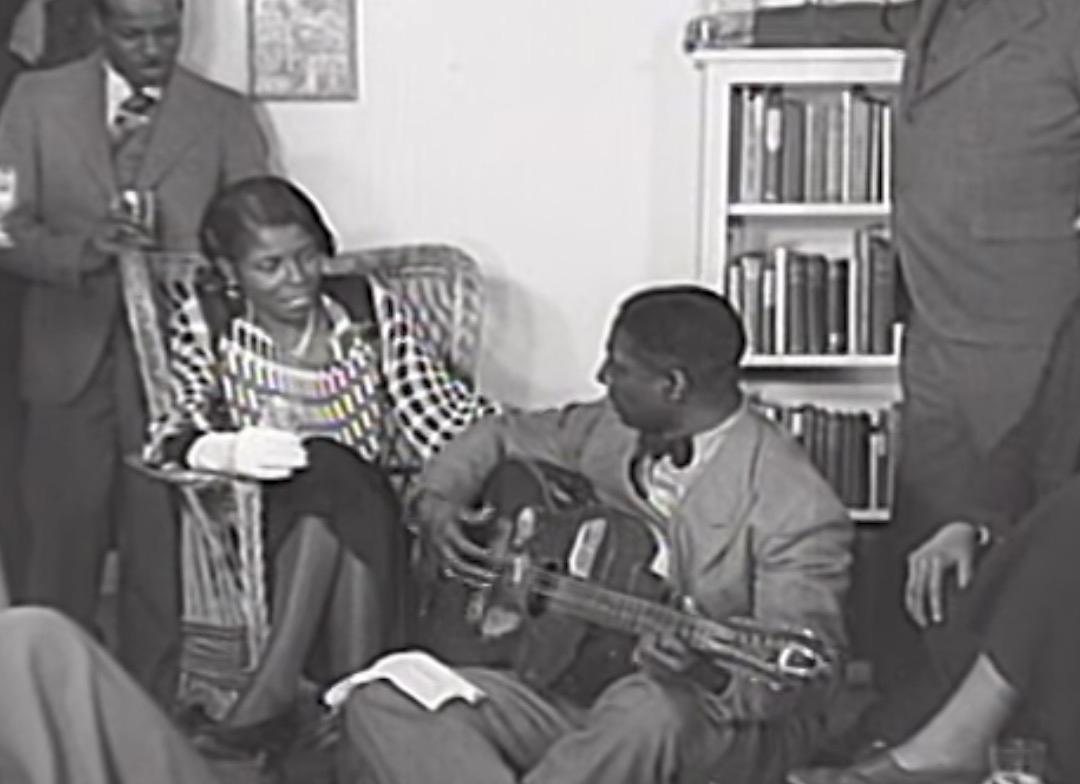 These are 8 of the all time best folk songs that everyone should know. Whether you’re 9 or 90, it’s unlikely that you haven’t heard the songs on this list.  If you, by chance, haven’t heard them, hear them now, for they are classics.

This song was originally written and recorded by Huddie Ledbetter in 1933. It’s been redone in the years since- most notably by The Weavers who recorded their own version just one year after his death.

It lasted over 25 weeks on the Billboard Best Seller chart. With its popularity, most people are more familiar with the lyrics from The Weavers than those from Ledbetter.

The success of The Weaver’s version of the song brought out more artists who did their own take on the song. Frank Sinatra, Moon Mullican and Paul Gayten all have chart topping hits with the song that same year.

Where Have All the Flowers Gone? By Pete Seeger

Part of the song was written by Pete Seeger in 1955, but more was added by Joe Hickerson in 1960. He was inspired to write the song in October of ’55 when he was on his way to sing at Oberlin College.

It was after his group “The Weavers” was disbanded after being blacklisted during the McCarthy Era. The song’s verses were released in a magazine first before Seeger released a 45 single of the song in 1964.

It went on to be inducted into the Grammy Hall of Fame in 2002. It’s been done by some famous groups since like The Kingston Trio and Peter, Paul and Mary. It was even translated by Marlene Dietrich and sung in English, German and French.

The song was composed by Paul Simon, and it’s considered their signature song. It was released in January 1970. It’s grown to become their biggest hit single.

It hit Billboard Hot 100 for 6 weeks. Over time, many artists have sung their own renditions of the songs from Aretha Franklin to Elvis Presley.

In total, over 50 artists have lent their voices to this incredible song. Rolling Stone actually printed a list of the 500 Greatest Songs of All Time, which put this song at number 48.

Although Simon wrote the song, he insisted that Garfunkel sing it. In later years, he actually began to regret that decision. It eventually led to frayed feelings and their breakup.

As popular as this song has been over the years – it’s certainly one of the most well-known songs of our time – it’s the only song that Dylan wrote to become number 1 in America.

What might not be known about the song is that Dylan wrote this on a road trip from New York to San Franscisco with some friends. Along the way, they smoked tons of marijuana.

They actually kept their supply going on the trip because they had mailed themselves some before the trip began. They would pick it up at post offices along the way.

It was originally written and performed by Dylan and released in 1965, yet it’s a song that many generations know and love.

Puff the Magic Dragon by Peter, Paul and Mary

The lyrics for the song were based on a poem written in 1959 by a student at Cornell University named Leonard Lipton. He used a typewriter to get the poem “out of his head” then promptly forgot about it.

His housemate named Peter Yarrow looked for him years later to give him credit for the song. He’s still getting royalties today.

There’s always been a segment of people who believe that the song is referring to smoking marijuana as taking a “puff” on a joint or “draggin’” is the smoking itself.

Both Lipton and Yarrow reject the interpretation.

Sounds of Silence by Simon & Garfunkel

This is another song written by Paul Simon between the years of 1963 and 1964. It was eventually released in 1964, but didn’t meet with much success.

The duo broke up after the failure, but the next year, it began to get play on radio stations on the east coast of the U.S. The producer remixed the track and released it in 1965.

The duo reunited and released the song on their second album with the same name. It was added to the National Recording Registry in the Library of Congress in 2013 as a historically and culturally important song.

If I Had a Hammer by Pete Seeger

The song was written by Lee Hays and Pete Seeger. It was first recorded by The Weavers, but the version that most people know is the one sung by Peter, Paul and Mary nearly 12 years after it was first released.

It was chosen as a song to inspire during the Civil Rights Movement.

This Land is Your Land by Woody Guthrie

This is one of the most popular folk songs in the United States. It might even be called the national anthem. He wrote the lyrics in answer to a song that was driving him crazy on the radio, which was Kate Smith’s song “God Blessed America for Me.”

This sarcastic version of the song was soon forgotten and didn’t resurface for almost 5 years. It was revived in the 60s as part of the struggle for social justice in the U.S. The Library of Congress added it to the National Recording Registry in 2002.

Thanks for reading!  If you think we missed anything, leave us a comment so we can check it out.

Philip-John K Mauro‘s folk song Heart Box was intentionally written with minimalism in mind. The song reflects many folk song formats by finger picking a delicate guitar, while singing a dynamic melody. This version has some acoustic percussion added for a well rounded live take. If you have time for new material please follow the link to his channel and enjoy.