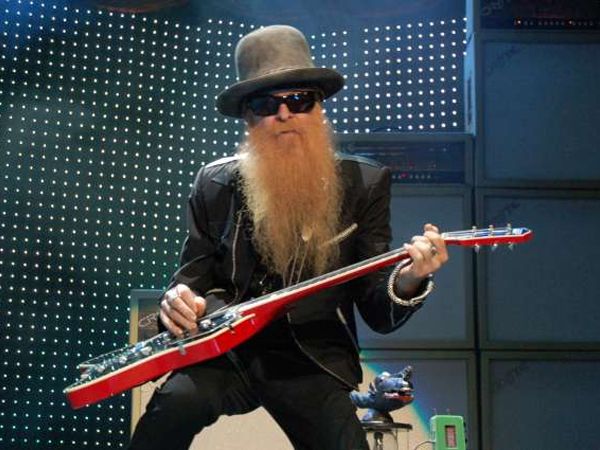 Just what kind of impact ZZ Top had on the evolution of rock music has been known for a while now. Their sound and style is one of the most unique, even today.

One person who is largely responsible for the way ZZ Top turned out is Billy Gibbons. His mastery of tone is impressive, to say the least.

To many, ZZ Top’s music doesn’t sound complicated, both in terms of technique and tone. However, once you take a closer look at just how finely tuned everything is, you will form a very different opinion. 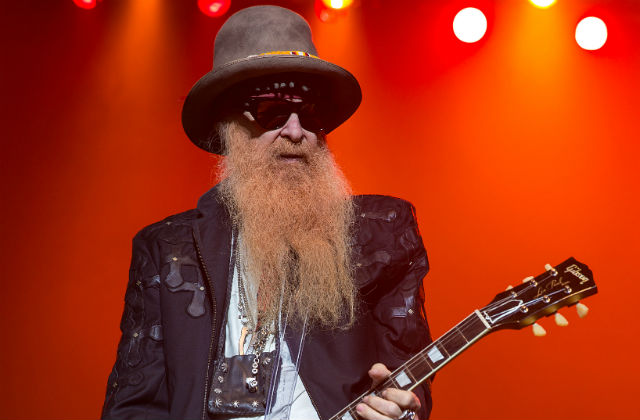 His personal guitar rig is truly something to behold. As you will find out further down in this article, Billy Gibbons goes outside the norm on the regular.

Some of his solutions are pretty unusual, which only adds to the conclusion that his skill goes beyond what is apparent at first. With that said, let’s do a quick rundown of Billy Gibbons’ guitar rig and setup.

Nothing beats a finely tuned bluesy tone, that is for sure. It’s not an easy thing to achieve, but once you get there, you have a really good foundation to work with.

If there’s a single person in this world who knows how to dial this type of tone, it’s Billy Gibbons. In order to find out just how he gets this done, we need to look at the equipment and instrument he likes to use. Let’s start with his guitars.

No matter how many different guitars Gibbons has been seen using, at the end of the day, it all comes down to two specific models.

The first one is his 1959 Gibson Les Paul, which goes by the name “Pearly Gates”, while the other is his unusual Bo Diddley Gretsch.

The ’59 Les Paul is, of course, one of those legendary guitar models, often referred to as the “Holy Grail” of guitars. There’s also another “Pearly Gates” which Billy uses more since the original is pretty heavy.

The Les Paul we have just mentioned is his favorite guitar and the one he likes to use the most. Even though there are numerous Les Pauls made in 1959, Gibbons claims that none come even close to his beloved “Pearly Gates”.

According to ZZ Top guitarist, this particular Les Paul was the best one from its batch and performs significantly better than any other Les Paul from 1959, let alone from later years. 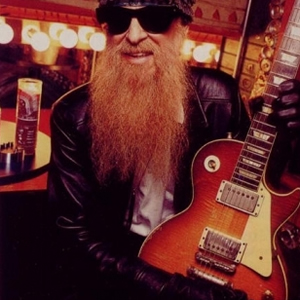 The Bo Diddley guitar was made by Gretsch specifically for this legendary guitarist.

Back in 1959, Bo Diddley approached Gretsch and asked them to make him a guitar that had rather unusual curves. What they came up with as the Billy Bo Jupiter Thunderbolt.

Bo Diddley loved the guitar and went on to play it for a long time.

At one point, he decided to give that Jupiter Thunderbolt to Gibbons, who was incredibly flattered by this act.

Ever since then, Gibbons has kept this Gretsch in his collection and pulls it out from time to time.

Among some other guitars are his Gibson SG ’61 reissue, various Dean guitars, as well as his one of a kind Billy Gibbons SG with the unusual headstock that you’ll find on a Flying V. As for Deans, he’s been using the Dean Z and Dean ML models, but the company has made a special kind of guitar for his needs.

We’re talking about the shockingly weird and easily recognizable Spinning Fur Guitars, those fuzzy instruments that you can see on some of ZZ Top shows. 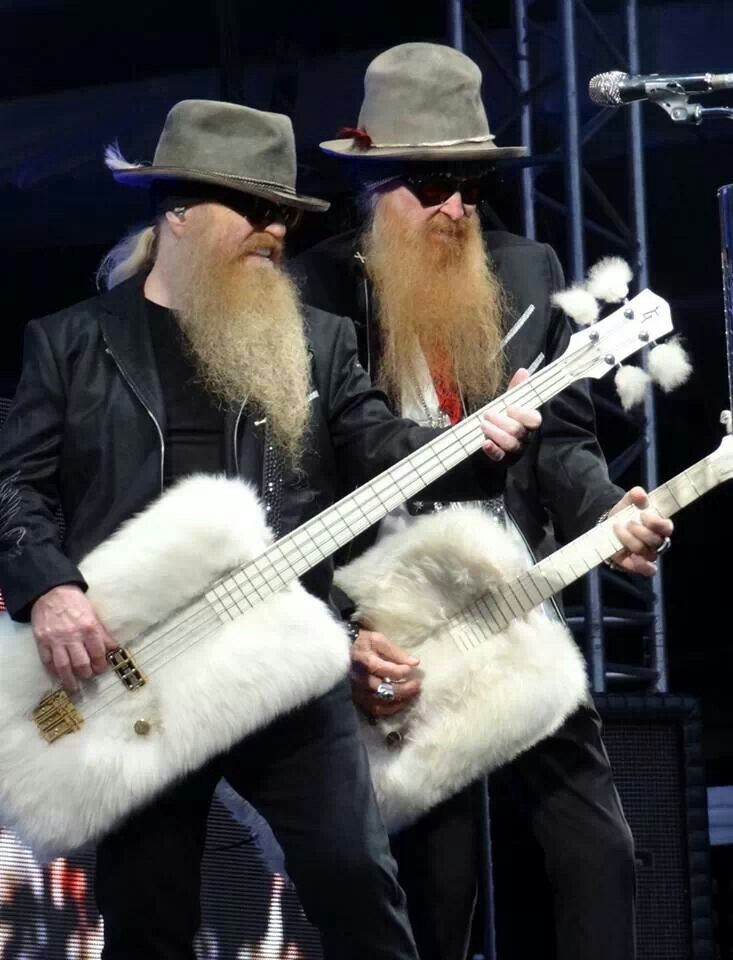 Aside from these aforementioned guitars, Billy Gibbons has a large collection of Gibsons, which include some several more Les Pauls and some Explorers as well. He also owns some Fenders, namely Strats and Telecasters, but is mostly known for his extensive use of Gibsons.

For the most part of his career, Gibbons has been a dedicated Marshall user. His main rig these days consists of several power amps and two Marshall JCM900 2100 amp heads. 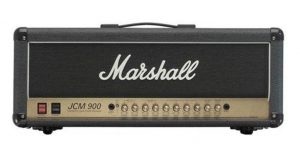 Of course, one thing Gibbons is adamant about are his 25 Watt Greenback speakers. However, some of his cabinets also have the Eminence Red Coat The Governors in them which are 75 watt speakers.

Besides the Marshall amps, you could see some Magnatone combos and different vintage Fender Twins which he occasionally uses for recording and studio work.

The Magnatone amps in question are the Super Fifty-Nine, which are somewhat of a recreation of the company’s old amps from the 1960s and the 1970s.

The Super Fifty-Nine MKII model which is produced today gives an interesting combination of the classic American and British amp tones, and that’s something that can certainly be heard in Gibbons’ music.

For some older songs where he needs to be quieter but still present in the mix, Billy uses the 50 watt Mojave Scorpion amp head. These are also a throwback to some of those old vintage amps from the old days.

In all honesty, his rig is not that complicated if you strictly look at amps and guitars. It’s all more or less tame compared what some of the guitar players like to run these days.

However, when we move on to his effects pedals, things get a bit weird. A bit too weird…

If we look at his gear setup for 2003, we will see no less than six Bixonic Expandora overdrive pedals.

That’s right, six overdrive pedals, all of which are turned on all the time. For an average guitar player, this probably sounds like a complete mess and a recipe for disaster. 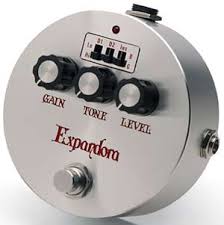 However, Billy Gibbons has a way of harnessing this unusual setup in a way which makes it practical. The whole deal with using six overdrive pedals is to tune each one a little differently.

Gibbons managed to get a very nice edge this way, although he also said that the noise produced by all of these pedals sometimes creates a unique effect of its own.

Check out this video demo right here of the Bixonic Expandora overdrive pedal to get a sense why Billy likes to have a flotilla of these bad boys on hand.

This peculiar looking piece of gear is a simple overdrive and distortion pedal with some interesting features and controls.

It can achieve three different modes of operation and serves as either a classic distortion, crunch, or an overdrive. It’s a pretty versatile pedal with a great vintage-oriented tone so it’s no surprise that Mr. Gibbons has been using it for years.

Aside from these, Gibbons uses a Park Wah pedal, Tube Works Real Tube, Zvex Super Hard On, and various other pedals.

The Super Hard On is made by a smaller company called Zvex and is essentially a volume boost. But although it might not seem as a pedal, it does add a bit of its own flavor to the tone, especially if played through tube amps. 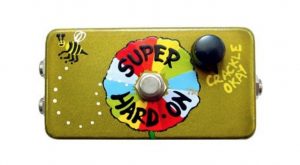 The Tube Works Real Tube, as its name would suggest, is a tube driven overdrive pedal originally made in the 1980s. Being one of the first of its kind, it offers some slightly fuzzier overtones, which is something that definitely sits well with Gibbons’ music and style of playing.

The Park Wah is a pretty interesting piece since it’s a very old one and can also serve as a volume pedal when in bypass mode. In addition, it features reverse operation compared to standard wah pedals. It’s a very rare pedal that’s been produced sometime in the late 1960s. 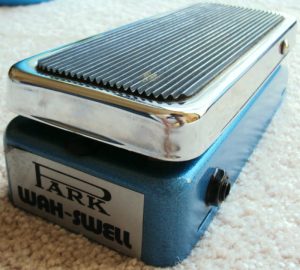 Of course, it’s pretty obvious that Mr. Gibbons is very fond of vintage (or vintage-inspired) stuff, especially when it comes to his pedals.

Aside from the old Tube Works Real Tube drive and the Expandora that he’s been using for years now, one of the pedals that comes to mind when we talk about Gibbons is the legendary Maestro FZ-1 Fuzz-Tone. 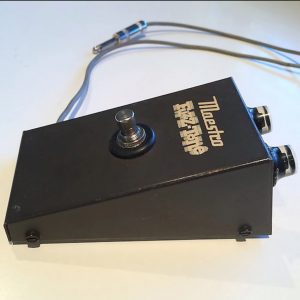 As he revealed, he used to rock it way back in the day and was one of his first, if not the first, pedals he ever had. Having this in mind, it’s only obvious that he’s still attached to some vintage and very rare pieces of gear.

Aside from the aforementioned pedals, he has also been using the Boss equalizer pedal, their famous GE-7, featuring seven sliders for seven frequency ranges, and an additional level slider. 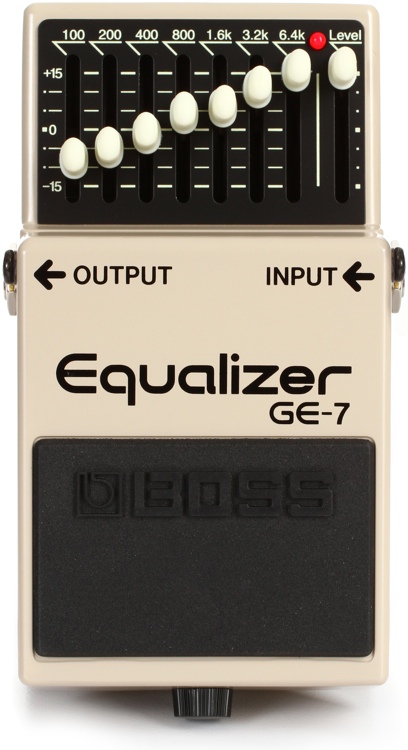 Over the years, there were two Jimi Hendrix inspired fuzz pedals, the Dunlop JHOC1 Octavio and the JHM2 Octavio.

Looking at the controls, they’re pretty similar to the Maestro FZ-1 with only the level and gain controls. These both feature the same circuitry of those old Hendrix’s pedals from the 1960s.

These also add that lower octave to the mix, just enough to boost some of that low-end range in your tone.

With so many pedals in his rig, there must be at least something that would help organize things.

For that purpose, Billy Gibbons has a Tech 21 MIDI Mouse, which is a pedal MIDI controller that’s used to search through different presets and programmed pedal combinations. It’s pretty expected to see a piece like this on a professional pedalboard.

Since 2003, his pedalboard configuration hasn’t changed all that much. 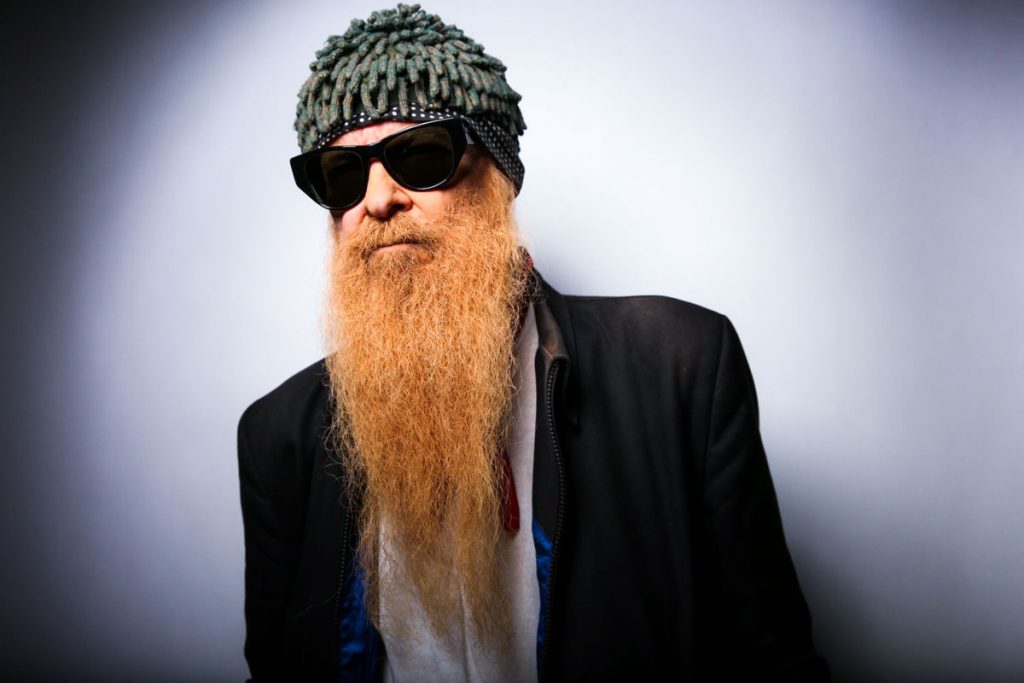 Some things are different, but the six Bixonic Expandora overdrive configuration is still there and is kind of the most interesting part of his signal chain.

Aside from the described ones, there are also other interesting pedals that you can find in Gibbons’ rig, like the MXR M109 EQ, MOSFET Overdrive, Okko 42 Boost, Orange Bax Bangeetar Pre-EQ, MXR M288 Bass Octave Deluxe, and the Peterson Stomp Classic Strobe Tuner.

One more aspect of his setup which is kind of strange are the accessories he uses. One of the most notable things is his Peso pick. This is a special kind of pick designed by Stuart Brady AKA Some Dude, who we’ve spoken to about his picks in an interview.

The reason behind using Mexican currency as a guitar pick is the effect it has on the strings.

Gibbons discovered that the edges of the coin create a very unusual metallic effect, which plays well with the rest of his tone configuration. 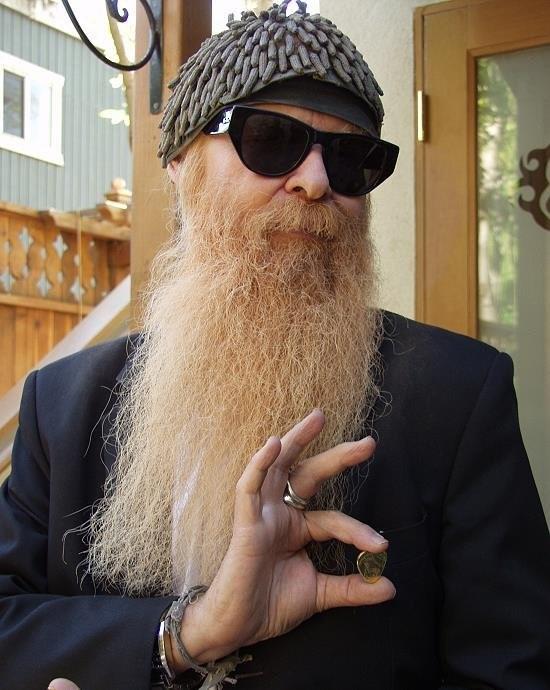 Additionally, his choice of strings may seem somewhat unusual. Most of his guitars are fitted with light gauge strings, .008 to be more specific.

Gibbons was a hard believer in heavy gauge strings until B.B. King changed his mind. Back in the day, in the earlier days of ZZ Top, he got the chance to speak with King who tried out his guitar.

It was then that King advised Gibbons to switch over to lighter strings. Today, you’ll see him go with .008s and even as low as .007s, which is pretty rare to stumble upon and something you’d expect to see on a guitar from one of those more modern shred metal players.

The strings he uses are made by Dunlop and are his own brand called Dunlop Rev. Willy’s Mexican Lottery.

The way he puts it, lighter gauge strings give you much better playing comfort, while the heavy sound can be achieved by other means.

Here’s a cool demo of the strings playing some Led Zeppelin.

Billy Gibbons has a very unusual approach to his guitar setup. The tone he managed to achieve is a product of his ability to step out of the box and look at things from a different angle.

A lot of people are capable of dialling a driving bluesy guitar tone, but Billy Gibbons took that to a whole different level. The combination of odd signal chain, using a coin for a pick, and other weird elements, has proven to be a success.

To play us out of this rig rundown, here’s Billy Gibbons tearing it up.