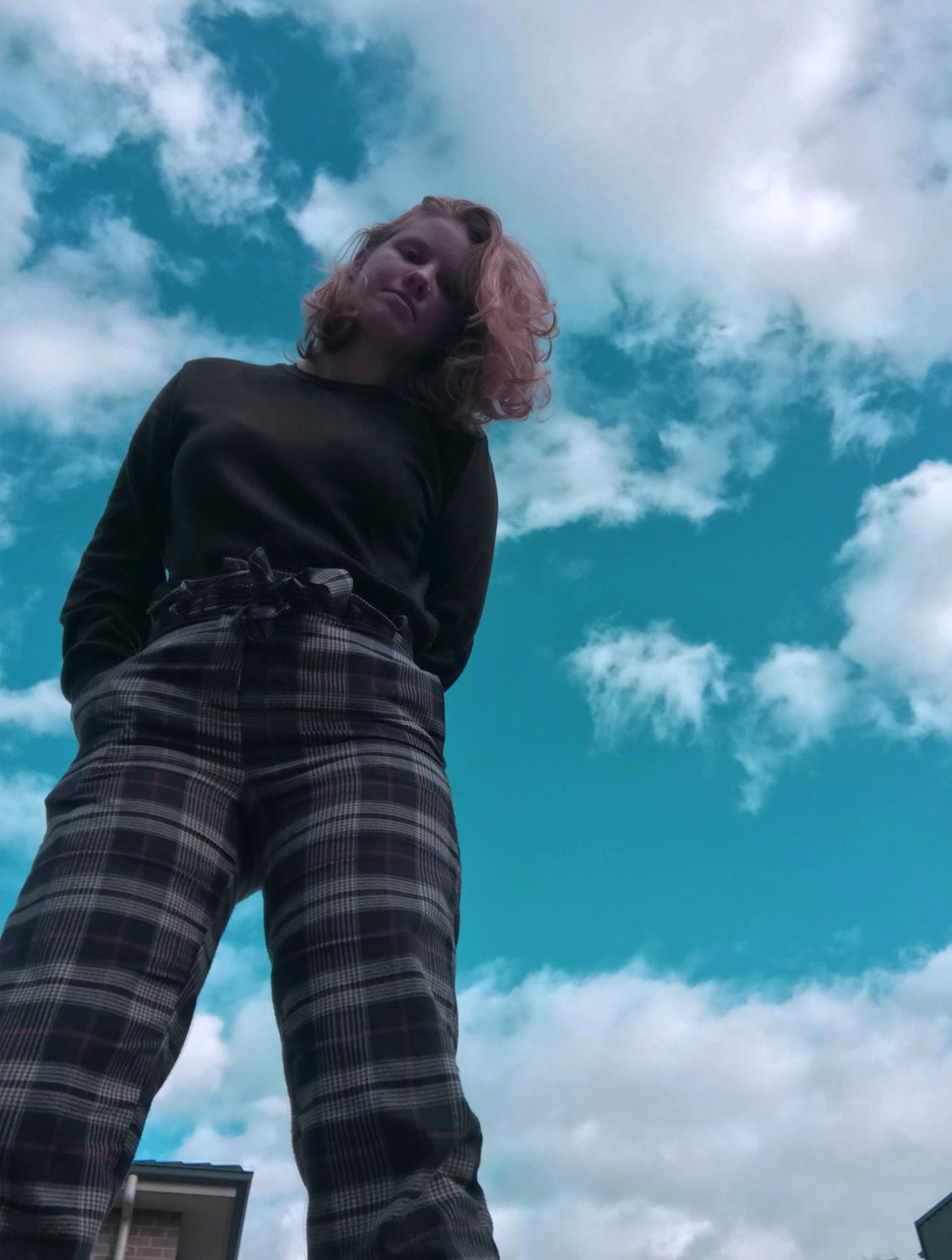 Sarah Jane Music, AKA Sarah Jane, the Aussie alt-rocker and popular Youtuber, is releasing a new album on Oct 23rd 2020 into the world. 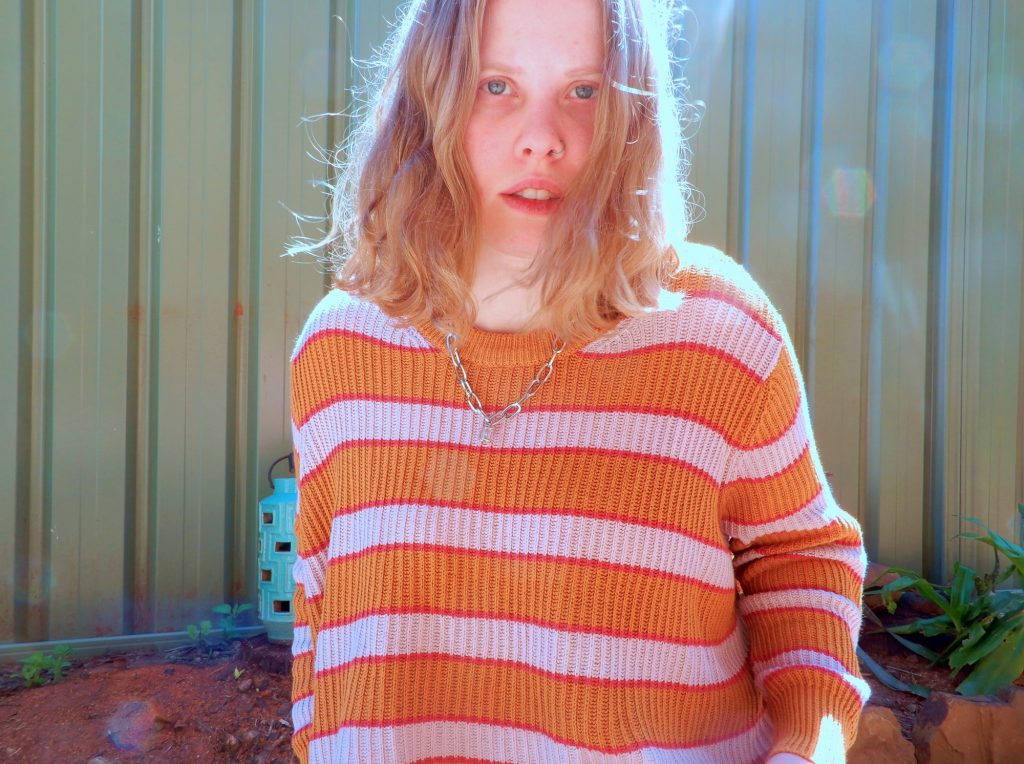 Being a fan of her highly emotive tracks, I  thought I’d see if I could grill her on the details around this new album, which I was lucky enough to hear in advance of its release.

Here is our conversation.  Enjoy!

When did you record this album?

SJM: I started recording this album in September 2019 and finished it in early July 2020.

Where did you record this album?

SJM: I recording everything in my home studio! ( even the drums)

Who’s a part of this album, in terms of the recording of it?

SJM: I recorded everything myself except for the initial set up for the drums as my dad acted as the drum audio engineer. But apart from that, I recorded everything myself. I had a couple of different drummers feature on the album, I had my partner Ben play on ‘August’ & ‘Cut My Teeth’,  I had ex-Violet Stones drummer Mate play on ‘Suffocate’ and lastly my dad played on ‘Poison’. All the other drum parts were played by me (as well as all the instruments)

Why did you record this album? 😀  (existential question)

SJM: haha! I have sooo many songs & I had been planning on releasing this album before I even released my debut album ‘Absence’. I knew I wanted this album to be bigger and have a full band on most of the tracks. But I guess I recorded the album cause I just have a lot of songs & I love producing my own stuff. It’s just fun and I get a really cool product at the end of it all.

What kind of gear did you use to record this album?  ie. vocals, ie. drums, or whatever.. any type of gear you’d want to mention.

SJM: Firstly, I used my dad’ss huge Sleishman kit. I’m not really sure about all the details of it but it’s a super good kit. With the guitars, I also used my dad’s Fender Strat to record all the clean parts cause it sounds amazinggg and I just used my Fender Jag to record all the distorted parts! I recorded the guitars through the Modern Vintage Marshall head with a Marshall MX212A Cab.

For the majority of the electric guitar parts, I ran in through my sans amp pedal. The main distortion I used was the Biyang Fuzz Star as well as the classic Boss Distortion Ds-1 & the Rat Pro co.

For all the acoustic songs, I used my classic LAG guitar (which is featured in all my youtube covers), and in ‘Talk About It’ I used my trusty ‘Gypsy Rose’ Nylon guitar. And I recorded all the acoustic guitars AND all the vocals through a Behringer B1 Condenser Mic.

Do you feel that this is a concept album, or more a group of songs that you’ve been working on lately that just happened to get put on this album?  How do you see the sequencing of the tracks and is there a sort of narrative going on?

SJM: Originally I had just thrown a bunch of songs in together and called in an album but during the early recording process, I started writing some new songs. I was going through some significant changes in my life and I guess the new songs were a way for me to express myself. In the end, I wouldn’t call it a concept album, but more of a ‘themed’ album in the way that they are a grouping of songs about different things but they were written around the same time. They all represent where I was and what I was feeling at that time.

This feels like a fairly doom-y album, or kinda like old school grunge style (ie. old school Nirvana or Silverchair, etc).  Is this intentional or do you just happen to gravitate to the doomier subjects and song styles?  ie. I notice there’s not really any fast songs on here.

SJM: I didn’t intentionally write it to sound like anything, it just comes out how it is haha. I guess I’ve been listening to some different bands and artists and my old influences are slowly washing away. I’ve been listening to a lot of Radiohead and Jeff Buckley lately so maybe that’s why there are not so many upbeat ones. I also suppose it ended up like this because when I write a song, I decide whether it would suit my band more & I guess I prefer making upbeat songs with my band rather than by myself. I sorta see it as different styles, if that makes sense.

Are you influenced by any specific bands from your country, either local or more famous?

SJM: There’s a band called ‘Tired Lion’ who are from Australia and they’ve been a big inspiration for me for years. I think that’s the only major one who has influenced me. I really gotta get more into Australian bands.

Do you like country music?  This album has a bit of that twang-y acoustic guitar vibe happening.

SJM: uhhhh I wouldn’t say I do. I used to be obsessed with Taylor Swift when I was a teenager but that’s as far as that goes hahah

What do you hope to accomplish with this album?  ie. plan to tour, plan to do anything special around its release?

SJM: I WISH I could tour but sadly that’s just not a possibility at the moment and probably not for a long time. I just want people to hear the album and hopefully connect with it on some level & I would love to be able to sell out on the CDs I have so I can hopefully step up to Vinyl for my next release! I don’t really have any SET goals I want to accomplish as I’ve already accomplished what I set to do which was, produce another album.

How has your Youtube channel’s growth and success influenced this album?  Or even just the nature of the channel with all the covers and whatnot.

SJM: I guess my channel isn’t growing as much as it could right now as I haven’t uploaded a cover in a while. But I did try that for a bit at the same time as recording the album & it just took too much time and energy and the truth is I don’t enjoy doing covers as much anymore. It became a chore rather than something fun and therefore I didn’t put much effort into them. I’d rather put my time and energy into something I love doing and at the end of it I have this piece of music that’s all mine and it’s something I’m proud of. I’m just glad that a lot of people who found me by my covers are also supporting my own music and who are taking an interest in it. I’m really glad that my covers have paved me a way to reach out to a ton of people who otherwise wouldn’t ever have found my music.

Was this a hard record to record?  (I mean in terms of like personally, psychologically, emotionally taxing, uhhh.. logistically, etc)

SJM: I wouldn’t say it was hard, just time-consuming. Some songs took a while to record but others took one or two takes. The vocals for the song ‘Marry’ were done in one take and the vocals for ‘Rest’ took me about 2 months to finish as I was never happy with them. I guess ‘Rest’ took the most out of me cause it was just so frustrating and I thought I was never going to get it right. If anything, it has been therapeutic. It feels so good finishing a project that I’m proud of. And it has cost me a fair amount of money to produce but I’ve been working a ‘day job’ for the last 2 years and I have been saving for this (and also my band’s album). Working in my home studio has cut costs drastically but it still costs to make merch, CDs, mixing/mastering, advertising, etc. It’s still all worth it in the end.

How do you feel about the way it turned out?  Is it rocking epically enough or you?  🙂  (Sometimes artists hate their own albums, ya know, which is why I ask)

SJM: No no I’m super proud of it. It came out way better than I expected. A lot of the songs were going to be just acoustic but it completely changed in the recording process. That’s what I love about producing. The initial product is completely different from the end product. I love it. I’m very proud of this album.

What’s next for you?

SJM: I have so much planned! Next, I have my band’s album which should be released at the end of the year and I’m also working on two other projects with some different bandmates. I am also planning on working on one or two concept EP’s for my solo work next. There’s so much music I wanna make haha!