When was the last time you had a great experience playing a live show as a band or solo artist using stage monitors?

Ah, I’m sure you remember it all perfectly well (prepare for sarcasm): You could hear yourself clearly, there was absolutely no feedback, with adequate volume levels, and your sound man was there responding immediately to all your requests with a smile and a nod?

If you cannot remember such a performance, that’s because maybe it never happened, and if that’s the case, you’re probably not alone.

Any musician who has ever performed live on stage has probably mucked about with a mediocre stage monitor system, but the sad thing is that even the really high-end ones have their weaknesses, which are rooted in the basic and unavoidable laws of physics.

And that’s exactly why the concept of in-ear monitoring emerged – out of the desire to create an on-stage listening experience that bypasses the weaknesses of traditional live monitoring systems.

In-Ear Monitoring (or IEM) offers some great features that, when taken as a whole, give you a really great sounding result and better stage performance. 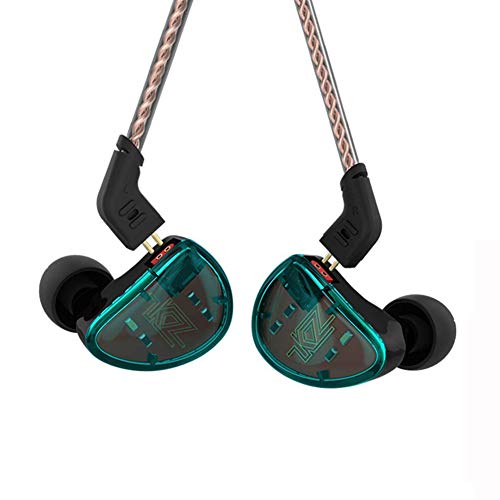 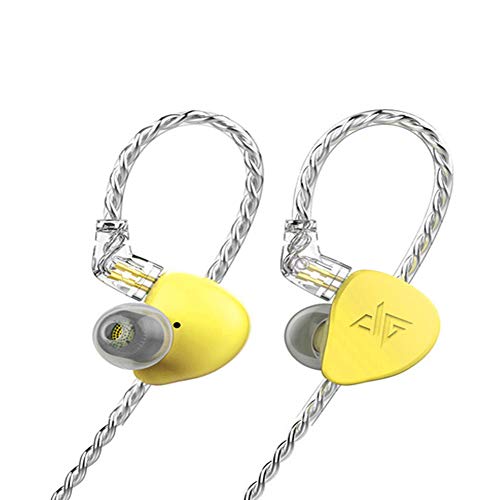 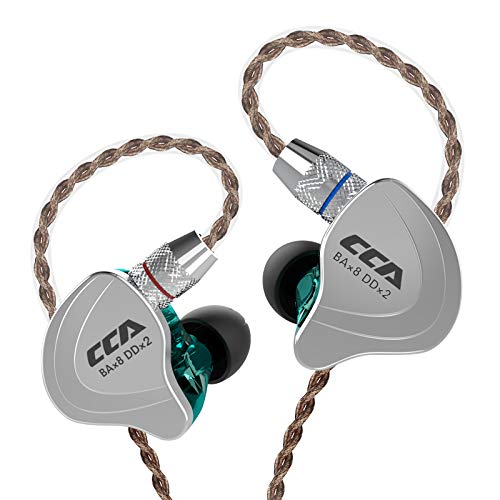 Hence, we have come up with 8 logical reasons why IEM is the superior solution to regular stage monitoring system.

#1 – No More Volume Battles Between Instruments

What sound guy has not heard obligatory question: “Can you turn me up?”

However, what many novice performers don’t realize is that getting “turned up” is not so easy when there’s an overall mix at stake.

When using typical stage monitors, there are a number of factors that determine how loud a signal can be driven: the size of the amplifiers, the types of mics being used, the types of speakers, and, most importantly, the “levels” or gain that needs to be established for each instrument.

One more thing that can make it harder to hear yourself is the overall level of noise on stage, coming from both the instruments as well as from the crowd.

Singers only hear themselves through stage monitors – in contrast to guitarists or bassists whose instruments are already amplified on stage. And drummers are naturally louder, even without amplification.

For instance, imagine you are running the sound board for this show. Do you think it would be easy to control the overall mix with everything going on?  What if the singer was asking for more “vocals in the monitors”?

What if you were the sound guy at this show…

When there’s a lot going on, some musicians get into sort of “volume wars” to somehow hear themselves over all the noise.

The clarity of the vocals usually gets thrown under the bus first, the more instruments are added in the monitor mix.

Keyboards, acoustic guitars, and other instruments that rely on monitors then struggle with the vocals to be heard.

An in-ear monitoring system that shields the user from heavy stage noise and mediocre room acoustics actually allows for a studio-quality sound – even on the loudest stages in the world.

In addition, the monitor mix can also be adapted to the respective, personal taste of the individual musicians.

Exposure to high sound volume levels for a long period of time can quickly cause serious problems for your hearing.

Many artists use earplugs, to protect their hearing, but even the best plugs can alter the frequency response.

Ear-in-ear monitoring, on the other hand, offers hearing protection similar to ear plugs, but with the advantage of having tiny micro-speakers in the stoppers.

Thus, the monitoring volume is entirely the responsibility of the artist.

If it’s too loud, there’s no excuse not to turn down the volume to a comfortable level.

In general, we advise you to also use a limiter, so that your hearing is even better protected.

Read our article, “What is Microphone Phasing?”

#3 – Protection of your voice

Besides the volume affecting your hearing on stage for all the musicians, singers have a particularly tough time because of their voice competing with the volume of everything all at once.

Many singers sing louder than normal in an effort to compete against the general level on the stage, with their focus on themselves in the stage monitors.

That is not very healthy for their voice. Anyone who earns a living with his or her voice knows what the loss of it means.  It means cancelled tours, and loss of revenue.

Therefore, you should leave no stone unturned to protect your voice and in-ear monitoring is probably the most effective measure.

Another advantage of IEM is listening to a live mix in stereo. While this may not always be possible, especially if only a certain number of mixes are available, a stereo monitor mix will give you a pretty realistic sound.

After all, we spend our entire life in stereo; so it is therefore logical that a stereo monitor mix enhances the impression of a natural sound, allowing the person hearing the mix to hear “better”.

In addition, the monitoring in stereo also allows for a lower volume level.

#5 – No interference with the audience mix

The advantages of in-ear monitoring are not limited to the artists on stage. A not so nice side effect of stage monitors is that sound is emitted from the stage to the audience.

Above all, the low tones are emitted by the speakers in all directions. For the sound man, this means an additional challenge, who’s only desire is to provide the audience with a beautiful, pure-as-possible mix.

The low frequencies that waft out of the monitors spoil the mix and affect the intelligibility of the vocals, which becomes a problem, especially in smaller venues.

When you get rid of the wedge monitors, this problem is history.

A portable light-weight design for in ear monitors is a not to be underestimated advantage. Bands that travel a lot should especially consider this point as being fairly important.

Let’s say an average stage monitor system consists of 3-4 wedges of 20 kg each. Then a few amplifiers, each 25 kg – it’s all starting to add up. By contrast, the in-ear monitoring system fits in your pocket.

And then there is the stage design. Without the clunky stage monitors and the whole cable jumble, the stage just looks a lot neater.

This is especially important for many bands that perform at weddings, in churches, or other social events. As a professional performance is almost as essential as good sound.

Stage monitors create a sweet spot; as in, a certain point on the stage, where everything sounds pretty damn good. But if you only take a step to the left or right, that’s not the case any more.

This is due to the directional nature of the speakers, especially at the high frequencies. Using your IEM is like using your headphones – the sound is where you are.

And you have this effect in every location as well. Since professional earphones fade out ambient noise effectively, only good sound remains.

#8 – Personal control of your mix

A big advantage of IEM, of course, is that you can control your mix directly and personally. You still rely on a sound engineer to do the fine tuning, but thanks to IEM, you can do many customizations yourself.

These include the volume of each instrument in your mix or the choice between different mixes, as you like it.

If you want to make the complete mix louder, you can adjust the volume directly on the body pack, without having to try to get in touch with your sound man in a wild and somehow gesticulating way.

Then there are the so-called “mix mode” for some in ear systems.

Here, the pocket receiver combines the left and right audio channels of a stereo system and passes the combined signal to both sides of the earphone.

The inputs should be treated as “Mix 1” and “Mix 2” instead of left and right. The balance control on the receiver serves as a mix control and allows you to choose between two mixes or to hear a combination of both. The volume of both mixes can be controlled.

So both “Mix 1” and “Mix 2” can be made louder – so that the result sounds equally loud on both sides. Now that control of the monitor mix is ​​in the hands of the artist, the sound engineer can better focus on optimizing the sound for the audience as much as possible.

Cheaper systems that only have a mono mode offer similar control. They provide several inputs on the transmitter, each of which has a separate volume control.

Consequently, the sender should always be in the vicinity of the musician, so that he can quickly implement any change requests.

Hopefully now, if you didn’t see any advantages to in ear monitoring before, now you do.

On stage performance can be difficult enough without having to worry about a crappy mix ruining your set, and leaving fans complaining about the terrible sound.