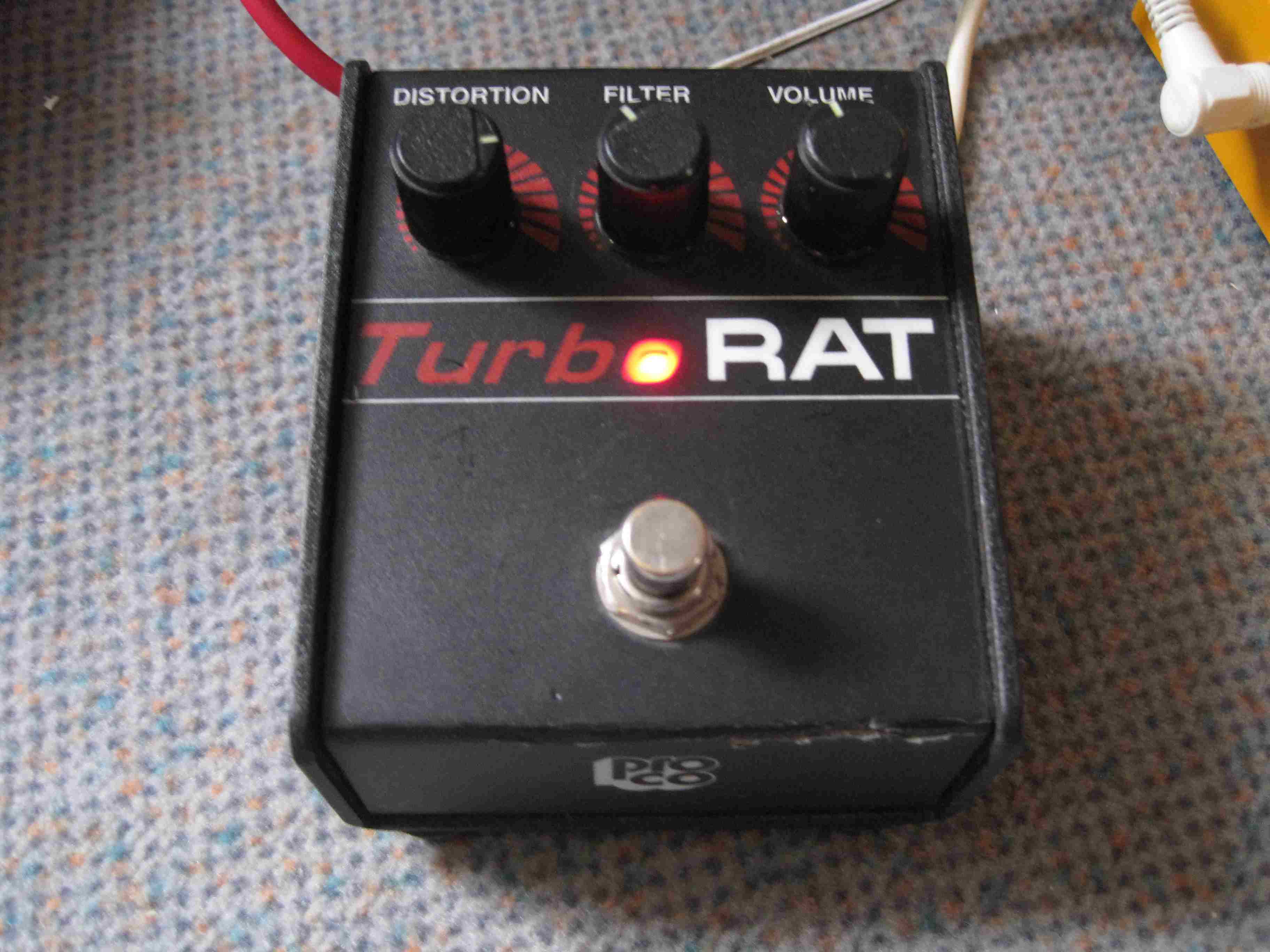 Don’t fix something if it ain’t broken is a motto that almost ensures success, but is so often overlooked that it hurts. Pro Co is one of the rare brands which sticks to this policy to the fullest. Their RAT platform which they launched in the ’80s took the scene like a wildfire. Having such a successful model as your first one can is every bit as dangerous as it is good.

However, Pro Co didn’t lose track of their goals, simply because they didn’t alter the core of the RAT platform, but have only built on top of it. Because of that, we have a whole line of RAT stomp boxes, each one differing from each other in terms of performance but never quality. The model we are going to look at today is the Turbo RAT, and it is a perfect example of effects pedal evolution done right.

Check out YouTuber Brian Lynch showing off some of the gnarly sounds of the Turbo RAT.

One of the main complaints most of today’s RAT fans have is that these pedals just don’t have enough juice for modern metal music. Back in the ’80s and ’90s, a RAT stomp box was probably more than enough, but these days a lot of guitarists need additional gain.

Pro Co anticipated this type of shift, and they promptly began to work on a more aggressive RAT pedal that would meet all of the newly formed requirements, The result? Pro Co Turbo RAT – a pedal that simply turned everything to 11. 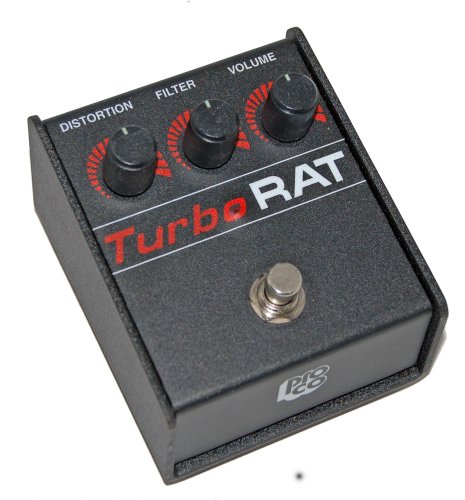 If you are familiar with any of the Pro Co RAT variants, the sight of the Turbo RAT will be nothing new to you. The pedal comes in that same enclosure that has become the trademark of the RAT series. With its thick steel build, you can be assured that no amount of stomping or abuse will even put a dent on this thing. In addition to that, the switch is also a heavy duty version, just like you can find on any of the Pro Co models.

This company simply loves over-engineered components, and we are not complaining. The only visual difference you will probably notice right away is the color of the markings on the pedal. Your standard RAT comes with white markings while the Turbo RAT features dark red ones, giving it a more sinister appearance.

Once you start pulling the Turbo RAT apart, the innards reveal pretty much the same configuration as any RAT pedal. Analog circuitry and true bypass are both present, as you would expect them to be. In terms of controls, it’s the same old. There’s a Distortion, Filter and Volume knob to work with. Distortion is your gain, Filter is a tone-shaping tool, and volume is pretty much self-explanatory. Generally speaking, there isn’t much difference in terms of design between a standard RAT box and the Turbo RAT.

What Turbo RAT offers which a regular one can’t is a RAT experience on steroids. As we have mentioned earlier, RAT began to fall out of favor with a lot of people due to its limited use in metal music. Anything that relies on a heavy tone combined with low tunings simply needs a bit more girth in terms of distortion pedals.

That is exactly what Turbo RAT offers. Pro Co found a simple way to boost the gain output and output in general, without having to make too many changes on the original RAT circuitry. You could say that they have added more notches to the knobs by making the pedal clip earlier.

The end result is a RAT pedal that retains almost all of its tonal qualities but packs a lot more heat. Even if you turn the Distortion knob to its farthest position, you will still have that well defined RAT tone. The only difference is that the distortion produced will be a lot more saturated than usual.

The real question is whether or not this upgrade was enough? The answer to that question lies within that same attitude users have towards the regular RAT box. You either love it or you hate it. Those who liked these stomp boxes, prior to the release of the Turbo RAT, saw a whole new dimension of sound in it. Truthfully, that is exactly what this model offers.

RAT pedals are notorious for having super sensitive controls. Even the original RAT dist box had an unforgiving Distortion knob. You really have to take time in order to dial in the sound you want. This only got amplified by infusing the pedal with even more gain. It’s not on a level where it’s uncontrollable, but you will definitely have more attention to what you are doing. With that said, the results are jaw-dropping, and they are well worth the effort necessary to achieve them, that is a fact.

Check out this video review from YouTuber Intheblues which further explores the possibilities of the Turbo RAT!

It’s really hard to know whether or not Pro Co knew how versatile the RAT would become when they were first designing that pedal. Not only was it exceptional in its original form, but all of its variants are equally as good. Spicing up the gain section turned out to be a great decision on Pro Co’s part. Turbo RAT is still their most aggressive pedal to date, and it clicked well with its intended user base. However, the fact that you can still play classic rock with it makes it a pretty versatile pedal to have in your collection.

Pro Co Turbo RAT is a bit more expensive compared to other Pro Co RAT pedals, but it’s well worth the money. If you loved the tone color on a standard RAT but found it to be too underpowered, Pro Co Turbo RAT is the type of solution you are looking for. On the other hand, if you are just getting into distortion pedals, Turbo RAT won’t be the most user-friendly model you can get. However, it will be one of the best ’future proof’ solutions you can choose.