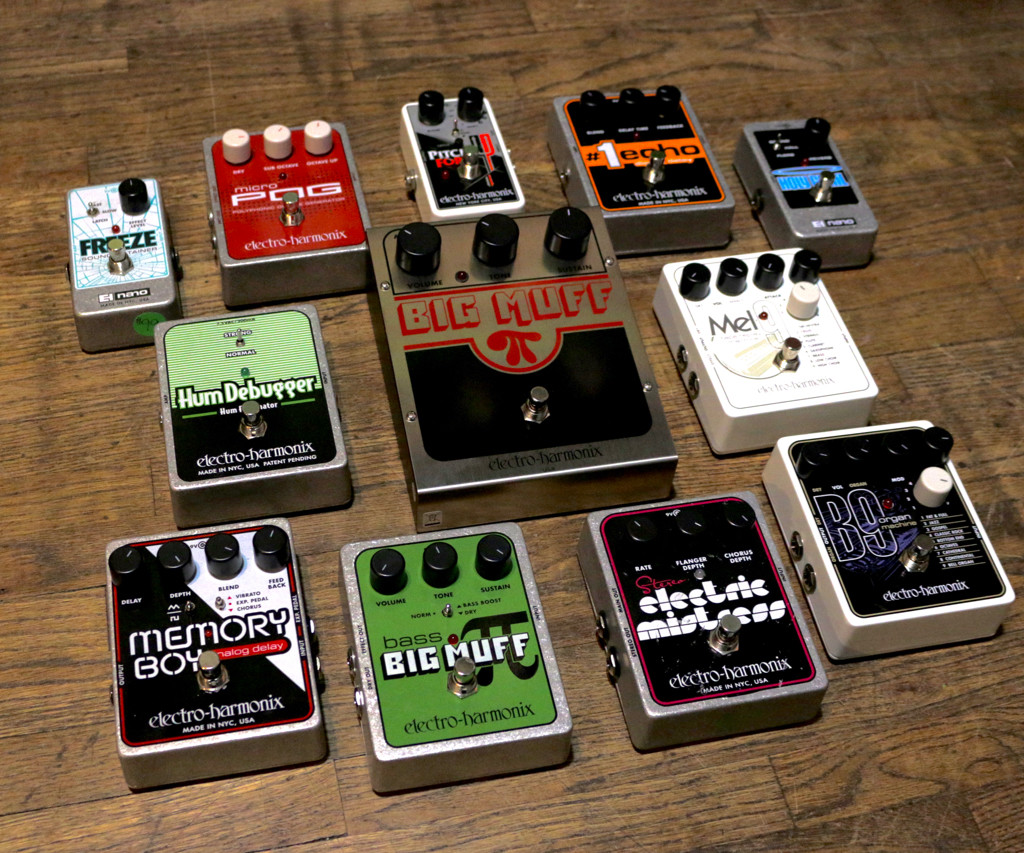 The world of electric guitars opens up new horizons of expression in music. It doesn’t come as much of a surprise that it’s one of the most popular instruments out there. After all, there are so many different things that you can do with an electric guitar, making it a very potent musical tool for almost all of the genres that we can think of today.

The fact that it’s an electric instrument that sends a signal to an amplifier opens up new ways for further altering and improving its tone. With the development of guitar effects, guitarists worldwide were given a new tool that would help them to more easily convey their artistic message.

So it’s not unusual to know that many guitar players have dedicated their time and effort in building elaborate pedalboards. Some of them even feature very complex loops and even external controllers to create different combinations of sounds. 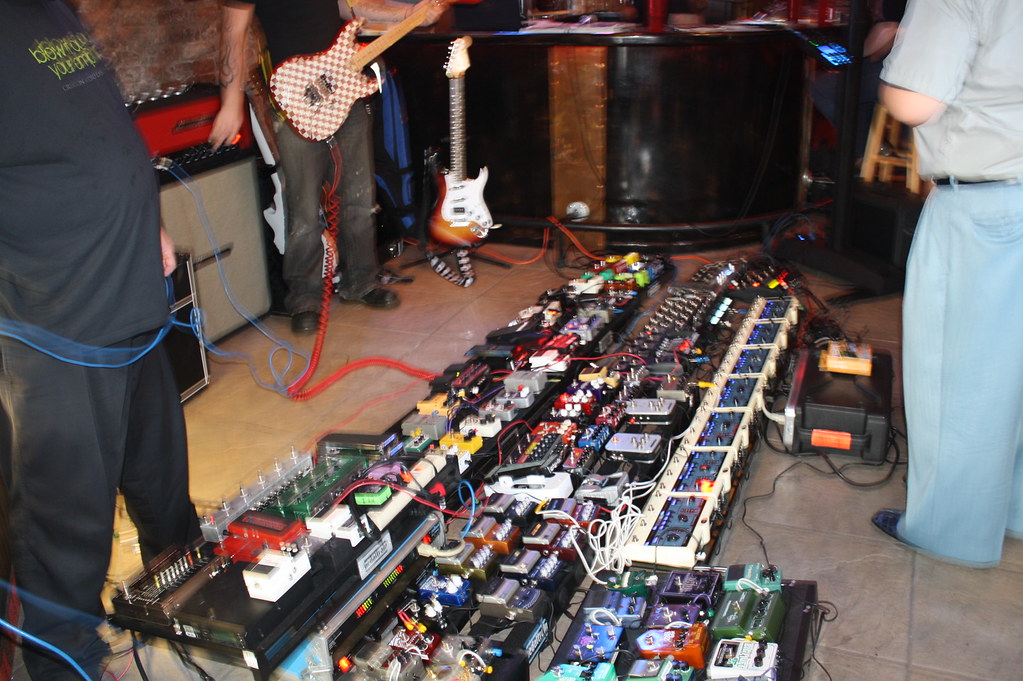 If you’re new to guitar pedals, some things might get a bit confusing. Well, you’re definitely not alone in this, and even the most experienced guitar players have been there. After all, with so many different pedals and effects, it does get difficult to keep up with how things work.

With all this said, we figured we could help clear things up for beginners and do a detailed guide on guitar pedals. We sorted them out by categories, explaining what these effects do, and how adjusting their parameters affects your tone. At the end of this guide, you’ll have a better understanding of guitar pedals and enough knowledge to start building your pedalboard. 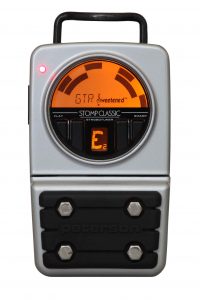 Tuner pedals are not effects, but we still need to include them in this guide. Essentially, they are like regular guitar tuners, only in the form of guitar pedals that you can put in your signal chain.

What’s important to note here is that they have a display or an array of LED lights along with a display so that you can easily see when the open string hits the desired note.

They’re nothing fancy, but they serve their purpose for live settings. You just hit the footswitch, mute the tone, and tune your guitar. That’s it!

However, tuner pedals usually have buffered bypass, which can serve its purpose in the signal chain. Essentially, they can balance the signal and sort things out, but that’s a whole other discussion that we’ll touch upon some other time. 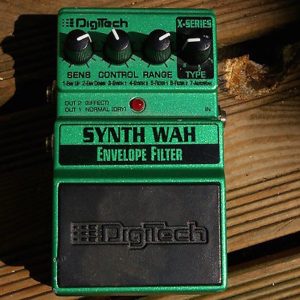 Wahs can change the peak frequency, pronounce it, while everything else stays the same or gets filtered out. By moving its rocking part, wah pedal sweeps over the spectrum. We also have automatic wah pedals that change these frequencies according to the input signal, or the dynamics of your playing.

Other types of filter pedals are “static” and keep the tone according to your parameters. As a result, they can emulate some quirky synth tones. An example would be Line 6 FM4. However, these are usually more advanced “toys” that you don’t exactly need as a beginner. 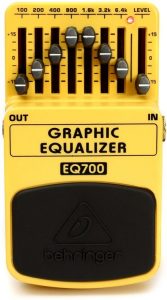 Just like your guitar amp has a 3-band equalizer with bass, middle, and treble controls, there are standalone pedals that can further shape your tone.

The simplest form of an EQ is a tone control on your guitar, and the most complex examples would be things like 30-band EQs or parametric EQs.

EQ pedals for guitar usually have anywhere between 5 and 10 frequency ranges that you can control using sliders. By turning the pedal on, you change the tone according to the set parameters, and then go back to the original tone when it’s turned off.

This is pretty useful if you need to change the tone for a certain section of a song, like pronouncing mids for a solo. MXR’s M108S is a good example of a 10-band EQ pedal. 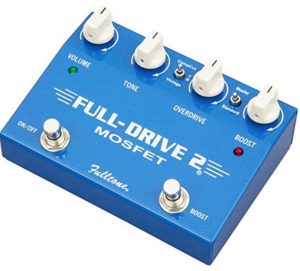 We could say that these are the simplest types of pedals out there. All they do is boosting the guitar signal without creating distortion in their circuit. If you need a slight volume boost without changing your tone, they come in handy.

However, they are also very useful with tube amplifiers or other tube pedals and devices in your signal chain. Tube amps tend to “break” their tone and cause that “natural” or “organic” distortion when reaching their limits.

A simple booster can help you achieve that vintage-sounding distortion with a tube amp or another tube-driven pedal. 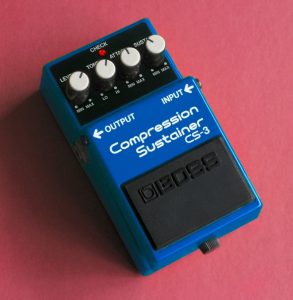 Compressors often get overlooked, which is quite a shame as they are pretty useful. The proper name for them would be dynamic range compressors as they turn up the volume of quiet parts and keep the louder parts quieter.

Of course, you’re able to set parameters and intensity of this compression. They can also boost the signal when needed, but the main purpose is to keep everything in check and prevent anything from popping up in the mix.

This is why they’re very useful for bassists and rhythm guitarists. 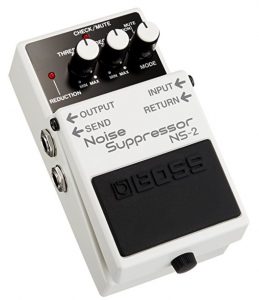 An expander is the opposite of a compressor – quiet parts get quieter, and louder parts get louder or just stay at the same volume.

This effect is perfect for dealing with high gain distortions that tend to add that hissing sound when you’re not playing. While it can’t filter out the hissing during your playing, it does keep things quiet in between the notes.

They usually have just one control that sets the threshold at which the effect is activated. They’re simple to use but still require some experience to implement properly without soaking up your tone. 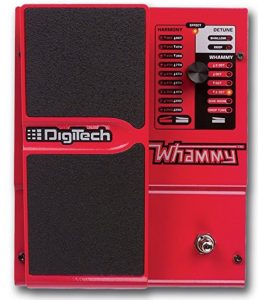 This is where the fun stuff begins. Pitch shifters can alter the pitch of your whole output or add one or more intervals to what you’re playing.

For instance, the famous example here is the Digitech Whammy that can alter the pitch of your tone as you rock the moving part of the pedal back and forth.

Kind of like a wah pedal, but it changes the pitch. You can hear this one in Rage Against the Machine’s famous song “Killing in the Name.”

Octaver pedals are also pretty common on pedalboards, and they usually have settings to add two additional tones to what you’re playing, one and two octaves below.

They can find uses in lead sections or anything that doesn’t involve playing more than one note at a time. Boss has some great Octaver pedals, like the OC-3.

To use these “smart” versions of harmonizers, you need some basic music theory knowledge. Examples of harmonizer pedals include Boss VE-2, Boss VE-8, TC Helicon Harmony, and many others. 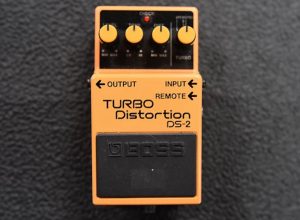 Now we get to the most important part of every pedalboard – distortion pedals. In the world of guitar, the distortion effect is divided into three categories, which are overdrive, classic distortion, and fuzz.

There’s something for everyone’s taste these days, and the most attention is usually dedicated to finding proper distortion pedals for certain styles of music and playing.

Some of the famous examples include Ibanez Tube Screamer with all of its variants, Boss DS-1, Electro-Harmonix Big Muff, MXR M75, the legendary Klon Centaur, Pro Co Rat, and many others. 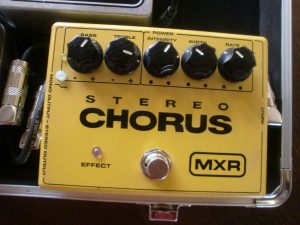 Modulation effects include everything that adds the copy of your signal, alters it a little, and blends it in with the unprocessed signal.

The most famous modulation effect is the chorus that adds a very short delay and alters the pitch up and down according to the set amplitude and speed.

We also have flanging and phasing, which are in some technical ways similar, but in practice produce completely different effects.

Most of the modulation pedals have a “mix” or “blend” control that determines the ratio between unprocessed and processed signals.

There are also depth and speed controls, along with a few other things. Strymon has a great chorus pedal called Ola. MXR has the M134 stereo chorus that’s pretty great too. 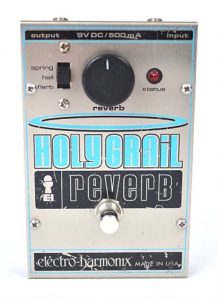 To keep your tone more interesting, you should think of different “atmospheric” effects. After all, you can’t keep it “dry” all the time. For this purpose, we have delay and reverb pedals. Both of these add repeated copies of your tone to create an illusion of a bigger or smaller room.

Delays add simple repeats according to set parameters. You can control the time distance between these repeats, the number of repeats, and the mix between the original and repeated signal.

It’s the classic echo effect. In some cases, pedals also have separate EQ controls for shaping the tone of the repeated signal. There’s anything from the simple stuff like the MXR carbon copy, up to very complex pieces like the Empress Echosystem.

Reverbs also repeat the signal, but in a more “shimmering” manner, giving the impression of one prolonged atmospheric continued repeat. It’s as if you’re playing in a large hall or a cathedral.

They also include blend or mix controls, just like delays. Strymon’s Big Sky is a great example of a very spacious-sounding reverb. 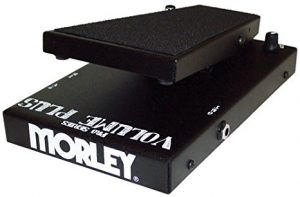 While they could be the most boring part of one pedalboard, volume pedals should be an essential part of every signal chain, especially if you’re playing in a bigger band or an orchestra.

They’re pretty simple – you use them to control your output volume. They have a rocking part that you use to turn the volume up or down. There’s usually the “minimum volume” switch that sets the volume when the pedal is at its minimum position.

There’s a common misconception with beginners thinking that the volume pedal can do the same thing as the booster pedal. The thing with volume pedals is that you’re reducing the volume to the desired level. You use it when you’re supposed to keep quiet in the mix.

There are high impedance and low impedance volume pedals, but we’re not going to get too much into technical details about this. Low impedance pedals are more common and they go at the very end or near the end of the signal chain. Ernie Ball has its MVP volume pedal that’s very reliable. 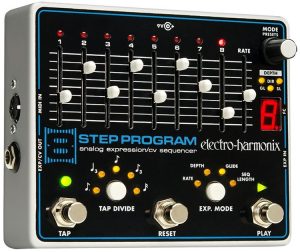 Some of the effects we mentioned usually support connectivity with external control sources. For this, we have expression pedals, which are just multi-purpose potentiometers in the form of a pedal.

Automatic wah-wah, certain modulation pedals, or even delays can work with an expression pedal, but only if they have a separate input jack for it.

Tap switches work the same way, it’s just that they have one control switch that sets the tempo of the effect. For instance, you connect it to a delay, and when your delay pedal is turned on, tap the switch pedal twice and the tempo of your repeated tones will be set according to the tempo that you tapped.

Sequencer pedals are a bit more complicated, and they’re definitely not something that a beginner would use. It’s a complex controller that has a sequence of adjustable steps.

It controls any effect with the expression pedal connectivity feature, but it does nothing on its own. An example here would be the well-known Electro-Harmonix 8-Step Program Analog Expression Sequencer.

What’s the correct order of pedals in the signal chain?

First off, there’s no such thing as the “correct” order of pedals. There are, however, some standards in arranging your pedalboard that may help you get the clearest tone without any unwanted noises or hisses.

This is the usual order, but you’re free to experiment. The whole thing is open for discussion.

From guitar to the amp, it goes like this: tuner – filter – EQ – compressor – boost – pitch altering – distortion – modulation – volume pedals – delay – reverb. Volume pedal can also come after the delay and reverb.

We Review the Best Distortion Pedals For Metal