As an avid music listener and maker, it has been interesting to look back through the history of music availability and the changing formats in which music has been presented.

With the advent of internet and computers especially into the 1990s, it introduced an entirely new way of storing music.

There are two different categories of music file formats: lossless and lossy. Lossless, as you may surmise, indicates a file format that retains the original quality of the music whether it came from vinyl, CD, et cetera.

This includes AIFF, made by Apple, WAV, a universal format, FLAC, ALAC and APE. Most of these are uncompressed file formats, meaning there is no loss in quality or detail from the original music.

Lossy refers to a slightly lower quality file format that is designed to save storage space, which leaves you, the listener, with more room for more music.

However, you will notice a significant difference in sound quality. This is because lossy file formats (MP3, AAC, et cetera) are typically compressed in order to make them smaller.

What matters in these formats is bit rate. If you’ve a file with a high bi trate then you won’t notice much difference, if any, between this and lossless files.

MP3 is one of the most – if not THE most – popular file format available. It is a form of codec (COmpressing and DECompressing data). 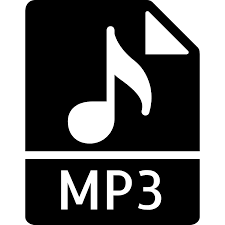 Sometimes when people download music they look specifically for the MP3 format because it is so ubitiquitous and therefore well known, and some of us believe it is the only file format out there. Since it’s so popular, other formats like APE or FLAC can look rather daunting or untrustworthy.

MP3 refers to a mass-produced file format that lacks proper and due quality, but people still love it.

Its name, MP3, is short for MPEG 1 layer 3. It is an audio-coding technology that takes the information from CDs (and others), compresses the information into tiny files suitable for Internet transferring and computer storage.

This way, the music does not take up much space, allowing the user to download or copy as many songs as they please. Mostly these came from CDs.

CDs contain digital files too, but one song can be up to 40 megabytes in size, and that is a lot of space when you take into consideration a full-length CD multiplied by your entire collection.

Think of it this way: one minute of CD quality audio sound takes up about 10 megabytes. This is for full-resolution files.

The MP3 file would take up about 3.5 megabytes instead, making the files eleven times smaller. That’s quite a significant change and you can imagine the bits of detail that may get quashed during the process, since there just isn’t room for it.

However, MP3, like other lossy formats, are built on the theory that the human ear doesn’t really pick up much information to begin with, therefore it’s not even worth coding in.

In addition to allowing for more storage on your personal computer, MP3 files, being so much smaller, can be downloaded in ten minutes instead of several hours. It is important to note that once the files are compressed, the lost data is lost forever.

The sharing of music and MP3 downloading was, in 1999, as popular as people searching for sex online.

When was the MP3 invented?

The MP3 was developed in the late 1980s and used in the early 1990s. It was nearly abandoned, considered a dead format by 1995. It was replaced by the AAC format in 1996, a format that could get around technical limitations imposed on the MP3.

Initially the MP3 was used for sports sites. The internet however really took off in the 1990s, with tons of websites popping up that were dedicated solely to pirated music and file sharing. Remember Napster?

The MP3 was named in popular press in 1997 and fully reborn by 1999. Technicolor and Fraunhofer IIS are the companies behind it. A lot of people had computers and internet service at this time.

The MP3 subsequently appeared for those who wanted to use the Internet as a new and powerful tool to share their creative works with others. It was a fast and easy way of sharing music with people all over the world.

Its rise in popularity

When MP3 websites were first available, it was a lot of college and university students sharing files of bootlegged albums with each other since they lacked the funds to purchase CDs.

However, these young people also had passionate interest in lesser known artists and the internet was the perfect place for them to both find and share new musicians. 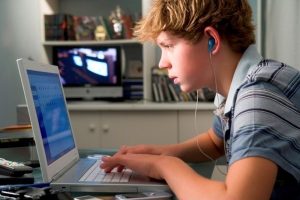 The very first MP3 player was the MPman, released in 1998, and then Apple soon joined the market in 2001 with iTunes and the iPod.

This meant an entirely new relationship of music and listener. The same file could be shared by thousands of people anywhere in the world, just by the click of a button, whereas previously, a cassette, vinyl or CD physically belonged to a person, and they could only share it at home with friends or family. 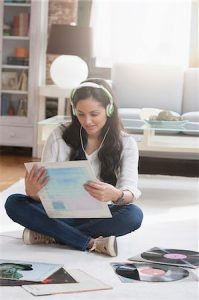 This also meant that people now had access to an infinite library of music. You could download another person’s entire music collection and there was no more worrying about returning CDs or scratching someone’s vinyl.

And, because people had access to nearly anything they wanted, they could acquire much more music in a shorter amount of time.

For example, instead of buying your favourite band’s new CD once a year, you could have thousands and thousands of new songs and artists to check out, all within a matter of days.

While some artists saw the amazing potential in the MP3 and this newfound ability to share music with a global audience like never before, many feared the MP3 and foresaw problems with copyright and a loss of rights for the artists or producers. 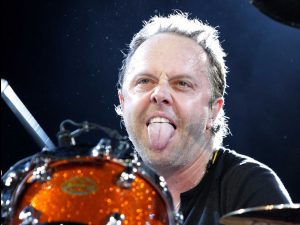 For those artists who did see the potential with the MP3, they found they could share bits of music that didn’t make it onto the album, or tease their fans with hints of new songs.

This was a bonus not just for the artist but also the diehard fans, who would appreciate tidbits of unreleased material, as a way of accessing virtually everything their favourite artists had created rather than enjoying the final cut of an album.

Record companies, being the mega-capitalists they are, with money as their bottom line, were not so jazzed about the MP3 and would beg their artists not to share the music for free.

They preferred to instead wait until they had figured out a way to make the fans pay to hear these tidbits or unreleased songs. This would force the listener/fan to not only pay to download the song, but that the file would have a limitation of number of plays before the listener had to pay again to download another file for the same song.

Of course, the smart ones would have burned everything onto CDs before the files expired.

Everyone from ultra-popular Beastie Boys to lesser known artists saw the MP3 as a way to reach the world if they couldn’t afford a tour or didn’t have a record deal. Before the days of internet music file sharing and MP3s, how were these smaller bands to get their music heard? 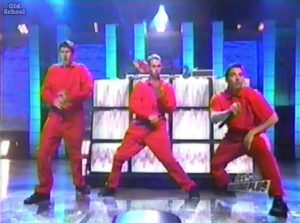 They would, like record companies, release a song for free to titillate the audience and then release a full album that the audience would then purchase.

MP3s are especially favoured by smaller bands and independent artists who are looking for new and exciting ways to get their music out there in the world.

If you’ve ever recorded an album or toured as musician you will know it’s very expensive to rent studio time and to then produce music and release it.

For musicians who are not signed to record labels, it is a lot easier and more affordable to record music in home studios and upload it as MP3s, which fans or listeners would find on MP3.com, one of the first major file transfer websites. 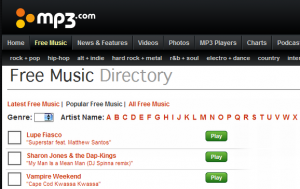 Digital distribution allows the artist to keep a much higher percentage of the sale price, too, and allow artists greater control over distribution. The MP3 file format is truly a revolutionary tool in the music industry, allowing artists to take over from the bottom up.

However, despite all its benefits, there have been some downsides.

Where it is now

When MP3s first came out, back in 1999 (that’s nearly 20 years ago), things were different. There was only dial-up internet. MP3s were made for dial-up internet when everything could be shared across the globe but took a lot longer than it does today.

Some artists and record companies blame the MP3 for killing the music industry, but other musicians, like Radiohead or Amanda Palmer, for example, have taken the cue and separated from their record companies; preferring to instead release their music independently, online, and letting listeners pay whatever they want, whether it’s ten cents or twenty dollars.

Today there are many, many online file sharing websites like Spotify and Apple Music. You can buy songs on iTunes for a dollar.

It really shows how music providers and artists have changed with the times, listening to the demands of the public and offering them what they want. The quality of these files is incredibly good; you just need good speakers to play them.

And the public are still buying them.

There’s one thing online files will never have: the physical experience of interacting with music. The booklets, the artworks, the cover themes and fonts. The CD that sits like a book on a shelf with a title on its spine that you recognize immediately and pull out. 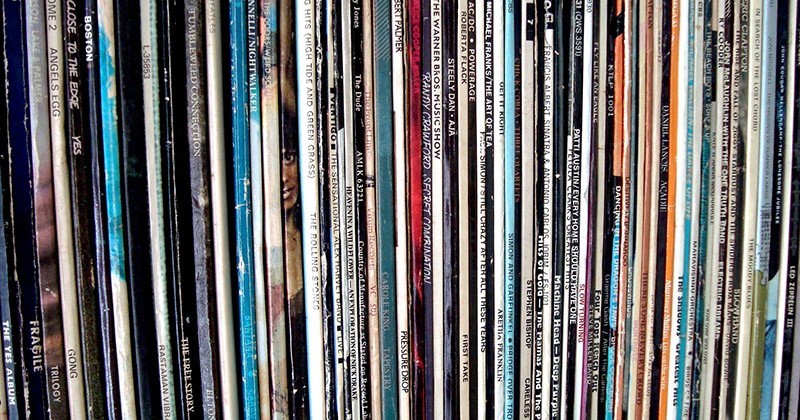 It is that very immersive and real experience that comes with physical music that you would never experience with downloaded files, and so many of us music appreciators tend to be artistic and exploratory folk.

We say immersive because it is so rewardingly consuming to sit down with your favourite record, pull out the booklet, read the lyrics, study the artwork while the music plays: to be immersed in that full experience designed intimately from the artist to the listener.

In conclusion, we don’t hate MP3’s.  They were invented for a reason, and in the big picture, they serve a purpose or two, so why treat them with disdain?