Who Is Aphex Twin?

Aphex Twin, also known by his original name Richard D. James, is an Irish-born British musician and electronic music maker. Due to his amazing work in electronic music styles such as IDM and acid techno, Richard has been praised worldwide by critics and loved by fans who seem to get his surreal, unorthodox musical stylings and dark of sense humour.

His most recent album released in 2014 “Syro” won him a Grammy Award for the best electronic album.

James decided to use his face, grinned or distorted, on his covers and songs because techno producers used to hide their identities.

He explained that there is an unwritten rule in techno, where performers can’t show their face on songs and covers.

MPC60 is a music production studio, created by the Japanese company Akai and designed by Roger Linn.

MPC60 offers 99 patterns, 99 sequences and 99 tracks per sequence that can be created & edited seamlessly. You can easily edit samples, loop, and transform with the lo-fi Sampler section. There’s also a built-in drum machine. Those who want to create Hip Hop, then there are 18 voices of polyphony available for you.

Richard has been known to use the MPC60 on a number of occasions, especially live.

Check out the Akai MPC Professional on Amazon for something similar

This is an electronic music studio especially created for Mac devices. With it, you can create, compose, transform and design music the way you want. You can quickly produce full-length compositions with the six rooms it has to offer.  You will find it used extensively in his song, Windowlicker…

TR-808 uses analog synthesis to create its drum sounds that are of very high-quality. Many performers use this hardware to create R&B, dance, techno and hip-hop music.

You can find some of these sounds on his Ambient Works tracks, or on Polygon Window. 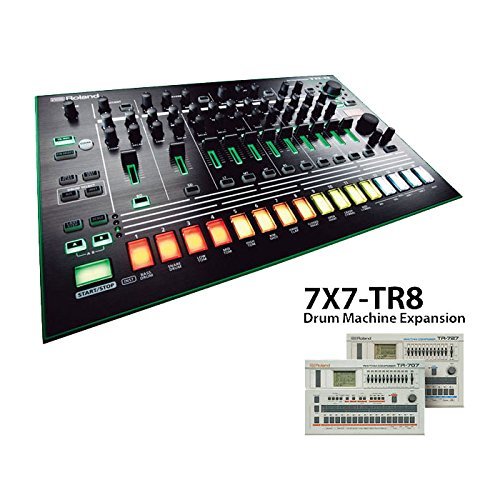 Cirklon is a MIDI sequencer made in small batches by Colin Fraser. An interesting fact about this niche equipment is that you have to be on a waiting list to buy one.

The quality of this machine is incredibly high, and Colin will help you out in case something gets broken. With Cirklon you can create patterns, which can be either piano roll style with high-res or rigid step sequences.

There are around 64 tracks, and each one of them can play a pattern. All the information, regarding which patterns are played, is carefully stored and organized.

Aphex Twin even said himself in a recent interview: “it is the best sequencer ever made til now, in terms of analogue i/o, timing man that box…its got a long way to go but I can’t endorse it enough ! I’ve never been into endorsing anything, I’ve been asked by a lot of people but i hate the idea of it, makes my skin crawl, there can be good combos for sure between artist and maker but when its too business it all goes wrong, people gotta make a living but you can tell easily when people got their priorities wrong anyhow, anyway colin is totally on it and in it for the right reasons.
i hope colin does really well out of it, he deserves to , guys a genius and he’s got my gx1 still for midi -ing! but at the mo id rather he kept o.s updates flowing:)”

You can hear this slick synth on his album Syro, for which he won a frickin’ Grammeee brah! Watch his tear jerking speech here: