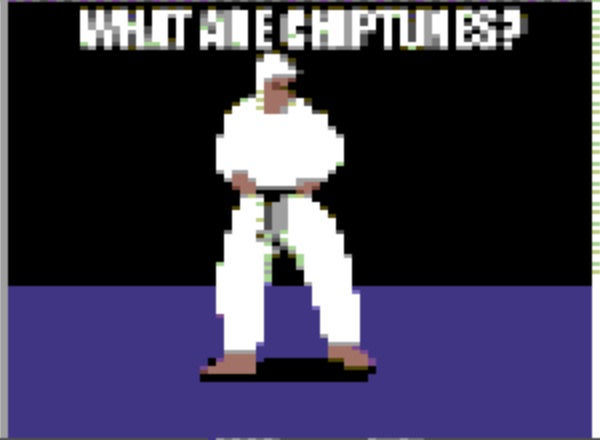 A while back I stumbled into the esoteric world of chiptune music. This is synthesized electronic music made from old sound chips from retro computers and video games. Sometimes referred to as 8-bit music or chip music, the genre or writing approach has also been more colloquially conveyed as “Nintendo music”, though this is simply a brand association, and the world of chiptunes covers much more than the NES samples.

For instance, here is an example of a chiptune, just for reference.

The term chiptune or chip music is derivative from the sound chips that were used in the programmable sound generators from these older consoles or computers. Today the term chiptune covers a broader expanse of chip-based synthesis, though the original definition views it specifically as a small tracker module, something I will delve into a couple paragraphs down.

Chiptunes may have come about as many things do through necessity, being the mother of all invention as they say: as computers and video game systems became more affordable over the decades from the mid-1970’s onwards. 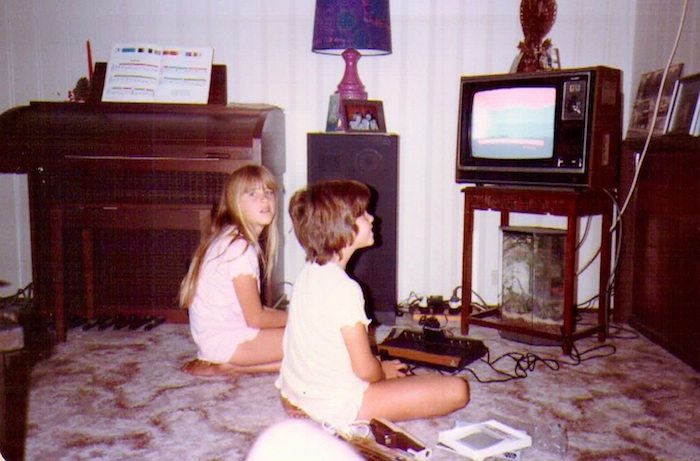 As consumers kept trading up and up for the best and newest versions, the older systems faced obsolescence and became cheap and accessible, opening up a new world of opportunity for DIY electronic musicians to explore – one which was simultaneously affordable but also appealing to audiences due to its nostalgic reminisces of sounds from a generation past. In a larger field of electronic music where faster, newer, and more expensive often equates to “better”, chiptunes would float defiantly in its own bubble for those seeking creative and affordable ways of creating electronic music with an audience appeal.

Chiptunes can be created in a few different ways, but one of those ways is by using a type of DAW (digital audio workstation) called a music tracker. Many people who are familiar with using popular DAWs such as Ableton or Reason may not be aware that these DAWs fall into a classification called Music Sequencers. They are probably so used to seeing the left-to-right horizontal layout of the bars that that format seems the most intuitive or logical way to look at it – like looking at sheet music essentially.

Here is an example of a typical DAW that goes left to right, as we are discussing.  In this case, we’re looking at Cubase. 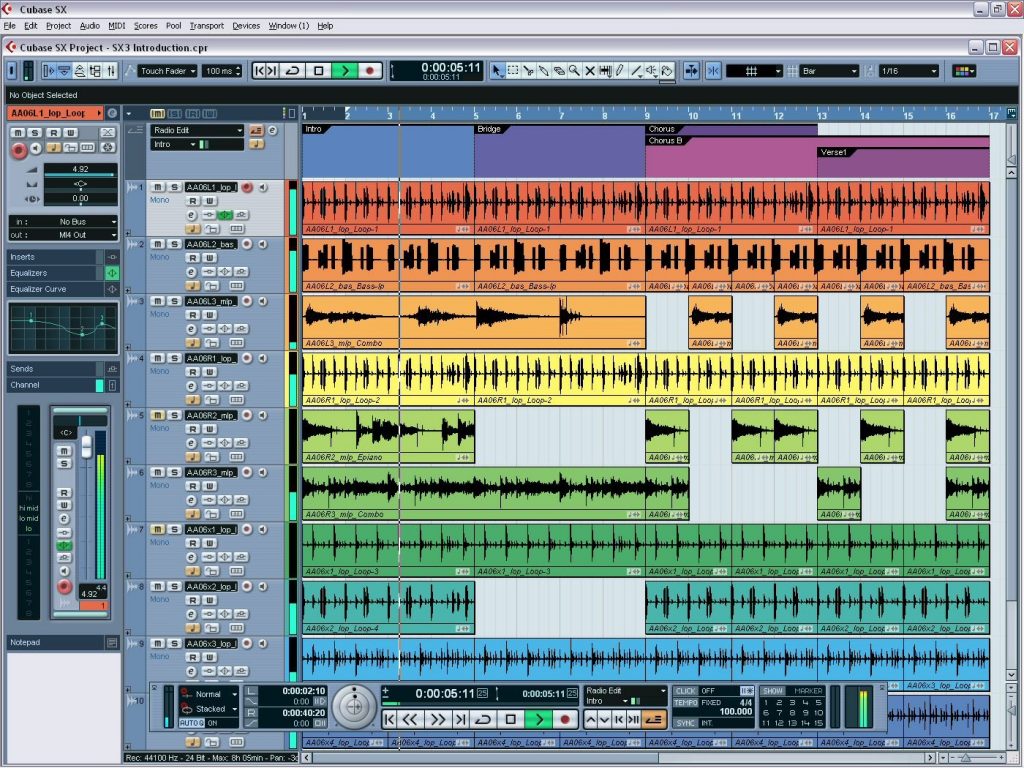 In comparison to these relatively more modern music sequencers (eg. Cubase, Reason, Ableton, ProTools, etc), there is a different format of DAWs called music trackers, where the music is tracked from top-to-bottom, vertically, and rather than recorded bars of music you will often see musical notes (eg: A# or G) written in text, those notes being processed with effects after the fact.

Here is an example of this top to bottom musical tracker format.

This is a different way of viewing and creating music that may feel less organic to musicians of more classical instruments, however, it is only a matter of time upon using these music trackers before they start to feel familiar, and after that, things can get really fun, as the creative process of songwriting becomes stimulated upon the very fact that you are faced with a new approach to songwriting.

Read our article, “Music Sequencers Vs. Trackers – What’s The Difference?”

As mentioned, chip music appeared as early as the 1970’s, in popular games such as Taico’s Gun Fight and Space Invaders, and in 1980, Namco’s Rally-X.

As video game consoles were appearing more prevalently in homes throughout the 80’s, chiptunes were popularized by systems like Commodore64, Sega, and Nintendo. The history of computer music goes back even further, to the early 1950’s, the dawn of the synthesizer and also real-time musical performances by computers (the Ferranti Mark 1 and the CSIRAC in 1951, notably).

Here’s a video of the Ferranti Mark 1 in action, complete with old school proto-chiptune music.

As one idea inspires another, chiptunes have broken out of their origins from video game soundtracking and into popular electronic music albums and film soundtracks.

By the mid-80’s, frequency modulation synthesis was eventually introduced into the chiptune world, originally by Yamaha for their synths and sound chips, and the digital FM synthesis made room for more complex samples and effects. This expanded the field of possibilities and meant that warmer tones and more fluid transitions and gradients were achievable, still while using PSG (programmable sound generator) sound chips. 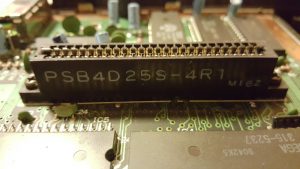 Some other notable musical subcultures have spawned from the chiptune culture, one being the SID music culture, based on the MOS and Commodore SID chips. 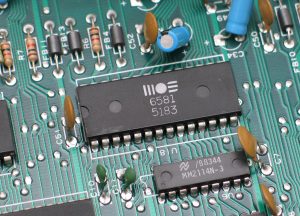 These chips are no longer manufactured and have become highly sought after as the decades have rolled on. They feature two 8-bit analog-to-digital converters, an external audio input, three different and separately programmable oscillators, four different waveforms, three ring modulators, and an envelope filter.

Using these chips, coders and musicians began writing their own original music with their own uniquely coded samples and waveforms, as far back as the mid-80’s.

Other subcultures include the demoscene, a subculture based on creating demos of self-contained programs for audio or visual presentations; or “cracktros”, which are demos created by means of software cracking – where one alters the code of video game waveforms to circumvent copyright protection and uses the newer altered code for their own creations.

There is something exciting about old things becoming new again, giving them a certain nostalgia value, which most people can relate to through seeing a favourite childhood movie remade anew, or an old favourite band of ours getting back together for another album or tour after a decade or more of inactivity.

Chiptunes bring back old fond memories, not only of the artist or artwork in question, but of that entire part of our lives through association, and in that way we can relive old moments by seeing one particular aspect of it brought back to life again. I think this is the essence of the chiptune appeal.  At the same time, there are many musicians creating chiptunes now that are pushing the envelope and creating new sounds as well.

Overall, I’d say the chiptune or retro gaming sound is a fun sound that attracts people not by flashy glamorous production but rather edgy hard notes and crushed synth effects that we can all relate to our favourite 80’s arcade games and soundtracks. Dive into the chiptune universe, and have fun!

Here’s a little chiptune playlist I made to feature some of my favourite artists of today who are making chiptunes.  Lots of good stuff here!