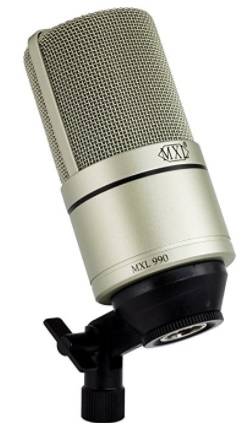 The SM81 is produced by Shure, which has been a reliable supplier of microphones for years. It’s considered a workhorse in terms of durable mics for recording guitars.

One of the biggest decisions you’ll have to make regarding your microphone is the pattern. This is a cardioid, unidirectional mic that won’t pull in noises from the back and minimal noise from the sides. This will minimize the reverb, so keep that in mind when purchasing a mic for your recordings.

Pros for the SM81

The Shure family of microphones have been around for generations. You really can’t go wrong when choosing a Shure for your musical recordings, studio performances and stage recordings.

There are three positions on the body of the microphone that allow you to change the pickup pattern to one that suits your needs at the moment. It’s a large capsule condenser meant for the studio recording.

The Rode NT2A Anniversary package comes with a shock mount, dustcover and instructional DVD. It’s perfect for the beginning musician who might not know how to capture the sounds of the guitar using this kind of varied polar patterns.

In the past, USB microphones were thought to be amateurish and unsuitable for anyone serious about recording their music. The Blue Yeti Pro breaks that barrier with a microphone that’s accessible for all musicians who want to capture beautiful music with their computer.

Pros for the Blue Yeti

This is a fantastic microphone for recording at home and also translates into a studio setting where professionals will be impressed with the quality. It’s more than a simple plug-and-play mic with a USB connector.

The Yeti has stereo mode, cardioid, omnidirectional, and bidirectional mode. These modes are easy to select with the switch of a selector knob.

This condenser microphone comes with three polar patterns to record as much or as little of the guitar as you want. As a musician, you want to have ultimate control of the sound that is produced as well as the what is captured with the mic.

This is a great microphone if you’re capturing vocals along with your acoustic guitar at the same time. Normally, that’s what you’ll be capturing in a home studio is singing and guitar playing. This will provide the best of both worlds as far as recording.

Diaphragm on the Condenser

This diaphragm is 3/4” gold-sputtered, which helps create a professional sound that is well-suited for both analog and digital recordings.

The microphone has a very thin layer of gold on the diaphragm that helps it conduct electricity better. The result is a smooth, quality recording.

The manufacturers of these condenser microphones have been around for generations and some have been the old-standby professional for years of stage performances and studio recordings.

You can’t go wrong when you pick one of these microphones since they’re the 5 best mics for acoustic guitar recordings.