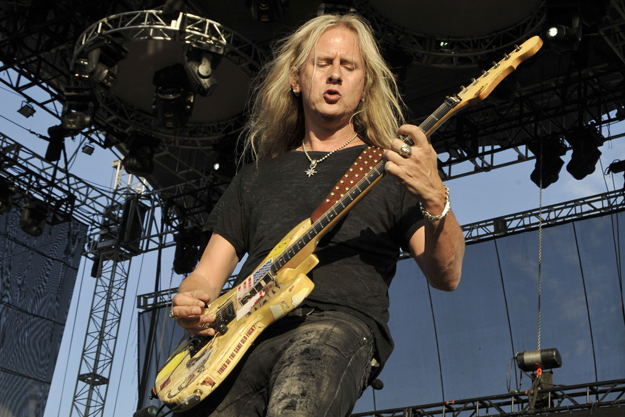 They say that each decade has its own genre of music that defines it. In the ’60s it was pure rock – garage rock, psychedelic rock, progressive rock, hard rock, and the beginnings of metal with Deep Purple, Led Zeppelin, and Black Sabbath..

When the ’80s came around, we saw glam metal draw nigh, with bands like Ratt, Warrant, Motley Crue, and Bon Jovi.

However, compared to both of these genres, what took the stage in the ’90s was a lot darker – grunge – and it originated in Seattle.  Here’s a famous clip of the song “Man in the Box” by Alice in Chains, written by the subject of today’s article – Jerry Cantrell.

Grunge was a relatively unique type of music whose message reached millions around the world.  It was an unlikely genre, as the musicians who played “grunge” were labelled grunge rockers by music industry people, and the fashion, if you can call it that, was based on the sort of thrift store chic, with baggy clothes, hats, combat boots, flannel, and sort of lumberjack attire as it was based out of the Pacific northwest.

You’ve probably heard of at least four (ie. the “Big Four”) famous grunge bands, and one of them is almost always going to be Alice in Chains.

The lead guitarist and the brains behind some of their most influential songs, Jerry Cantrell, can be thanked for the direction that helped the band rise to its current fame.

Their riffs are dark with elements of pure metal, some glam (from their humble beginnings), sludge rock, doom rock, and prog rock, while the style of singing that Layne used being something of a one-of-a-kind sound that was often imitated, never duplicated.

Cantrell’s vision was always crystal clear, and he had no problem realizing his goals. What we want to know today is what type of gear did he use to get that job done.

Aside from a number of Gibson Les Pauls and Fender Telecasters, Jerry’s main choice in guitars mostly came down to G&L creations.

One of the most memorable models is the G&L Rampage, which he promptly modded by adding Seymour Duncan pickups and replacing the tremolo bridge.

This guitar would later be used as the basis for G&L Rampage Signature Jerry Cantrell model. His affection for what most people consider to be true Leo Fender designs doesn’t stop there.

He went on to get a G&L ASAT as well. 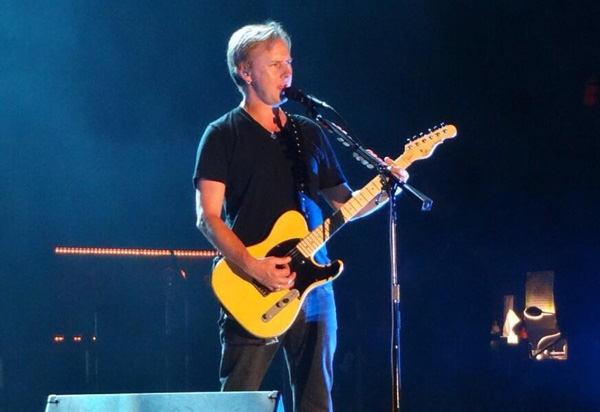 In terms of his acoustic guitars, there’s a decent number of recognizable models on his inventory list. For example, he used a Martin D-35, a Guild D50 along with their JF30 acoustic guitars.

Cantrell even played a Line 6 Variax for a period of time.

His choice of amplification had a major impact on the Alice in Chains overall tone.

Although the number of different models he was seen using over the course of his career is extensive, a clear pattern is visible once you glance over that list.

For example, he has a thing for Bogner Amps, including the Bogner Alchemist and Bogner Ubershall.

These were usually paired with Bogner cabs which featured Celestion speakers. You can also see a Fender Twin Reverb sitting alongside a Mesa/Boogie Dual Rectifier.

However, when Eddie Van Halen gave Cantrell an EVH 5150 that changed everything.

Overnight, this became his main amp and he shows no signs of wanting to change that. 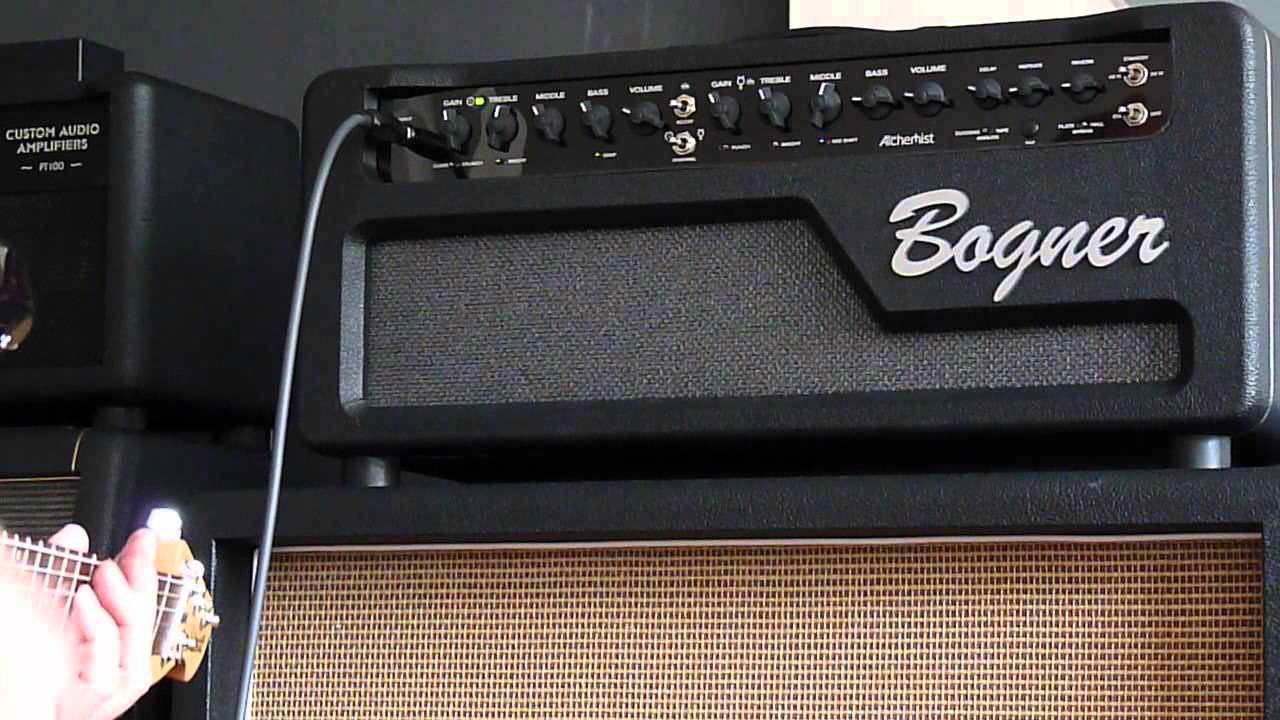 With that said, he has one of the more developed inventories of amps.

There are numerous different heads there, including some Hiwatts, Marshalls, and more. He also used a standard Vox AC30 for some specific sections of their songs.

Needless to say, Cantrell wasn’t shy when it came to mixing things up and trying to find the exact type of sound that would fit into a song like a glove.

Effects pedals are something you will see an abundance of in Jerry Cantrell’s gear.

His pedalboard is mostly comprised of popular models, but there are some in there which are more obscure. Let’s start with the wahs.

Dunlop makes a signature model for Jerry called the Cry Baby JC95. Besides that model, he used Dunlop’s 535Q Multi-Wah as well as their Dimebag model. 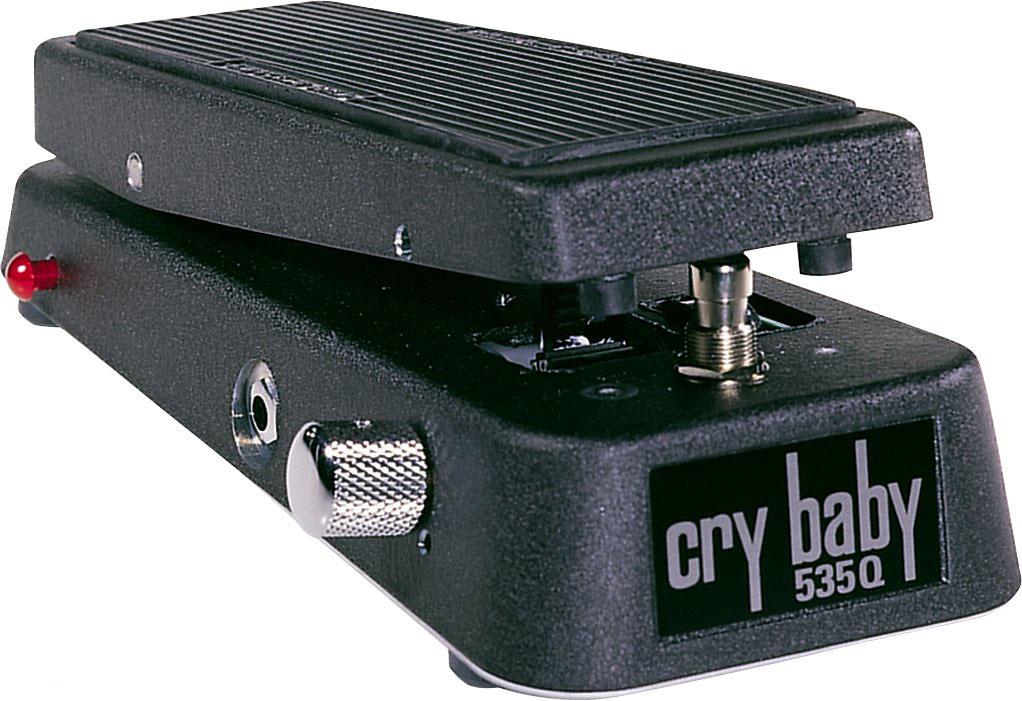 Cantrell’s distortions are pretty straight forward. We are talking Big Muff Pi sitting next to a ProCo Rat.

He also loves the MXR M222 Talk Box, which he uses prominently in Man in the Box.  In fact, you could credit this pedal for AiC’s fame, as Man in the Box was their first huge radio hit.

In terms of modulations, there is plenty to see. He has a Boss Chorus Ensemble, MXR Bass Octave, and even the Line 6 MM4 as well.

Among the more obscure pedals, you will find Eventide Time Factor, BBE Soul Vibe, and an ISP Decimator.

This whole configuration, plus all the other pedals we didn’t mention, is powered by a single Voodoo Labs Pedal Power 2 Plus unit.

That model brings all isolated channels with enough juice to run just about any setup.

Some of you will probably wonder why didn’t go for something more professional, and that’s a question only he can answer.

In the mean time, that Power 2 Plus box is getting the job done with little to no effort. 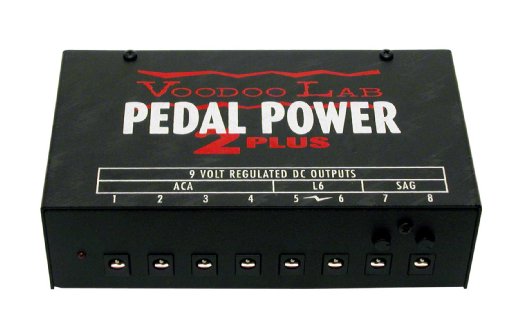 All things considered, his pedalboard is rather busy.

The fact that you can’t even hear a good portion of those effects unless you actively search for them, tells a story of how efficient he is in their use.

Often when you see pedal boards this saturated, you expect to have that guitar player just drown the signal with various effects.

Not Jerry, though. He knows how to be as subtle as it is necessary to get his message across.

Many critics are crediting Jerry Cantrell with shaping an entire generation and influencing future artists in a very profound way.

His alternative creativity is not something you see every day.

Even though the gear he uses is pretty extensive, and his pedalboards are usually full to the brim, Jerry is first and foremost a master of guitar.

Grunge as a genre is pretty open to all kinds of variations and personal touches. Someone like Cantrell simply flourishes in that type of environment.

He experimented a lot, both with gear and sound, only to create one of the best grunge bands of all times in the process.

With that said, copying his tone is not too difficult. In broad terms, it’s not that much different than what you can get with a somewhat decent setup.

It’s when you start going into fine details where things tend to get complicated.

Not a lot of people will equate grunge with sophistication of any kind, but the truth is definitely something else.

Cantrell might not be the best technical player in the world, but he has managed to create a revolution in other ways.

Here’s an awesome video of Jerry Cantrell giving us a rig tour thanks to Total Guitar.