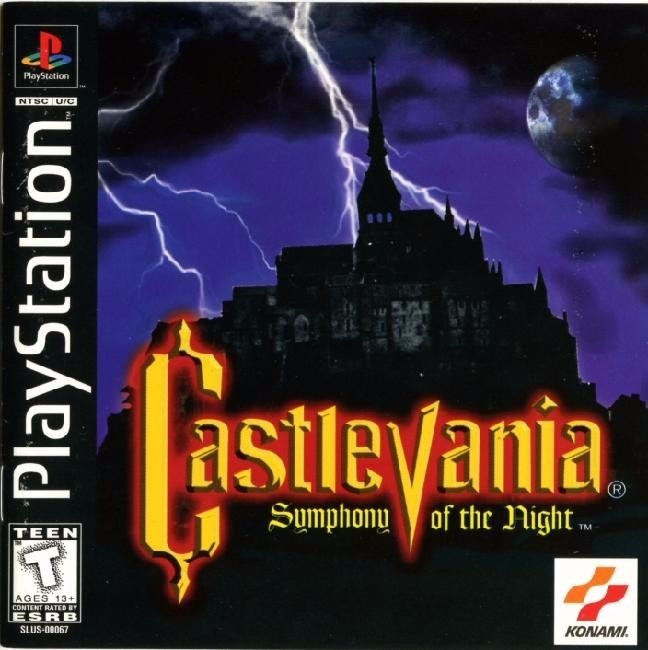 The arrival of sampling and MIDI in the 16-bit era meant that musicians and coders could suddenly be a lot more creative over the bleeps and boops of the SID chip generation. Add in the rise of games on CD and then DVD and we now have endless space for musicians to get creative and enjoy using the instruments of their choice.

One of the benefits was the arrival of rockier soundtracks, sampling guitars and drums. Over the years, plenty of rock bands have appeared in their own games, from Iron Maiden to Motorhead, Motley Crue to KISS. There have also been that endless sludge of Guitar Band and Rock Band play-along games allowing anyone to murder a classic song.

However, this post focuses on games that took original guitar music and used them to best impact in games, from shooters to arcade racers and pixel adventures. Check out our guitar section to find the best electric, acoustic and bass instruments to bring the noise to your soundtracks.

Castlevania Symphony of the Night

The launch of PlayStation might have been all about the electronic and EDM generation with launch games like WipEout. But 1997’s Castlevania epic still showed there was a place for dark and brooding guitars in the soundtrack.

We’ve talked about Quake in a previous piece, but before all that came Doom. The 1993 game not only launched 3D gaming, first person shooters and made it acceptable to slap mature ratings on game boxes, it also took sampled guitar twiddling, thudding bass lines and buried them into a gothic-tinged soundtrack.

From games that are familiar to all to one that is yet to arrive on PlayStation 4. Valfaris is a sci-fi shooter, packed with bloody pixels and exotic weaponry. A sequel of sorts to Slain, which took a swords and sorcery approach, both games are laden with doomy riff-heavy soundtracks. They also show developers don’t need a massive budget to get big sounding music in their titles.

The music for both was written by Curt Victor Bryant of Celtic Frost fame and add epic amounts of atmosphere while promising violence and blood to the audience. A solo effort, Bryant talks about the creative experience in an interview, where he tried to write a mixture of riffs and rhythms that mesh and melt organically.

Known around the galaxy for its epic soundtrack, Bungie’s Halo 2 let lose some guitar action thanks to Steve Vai to add some much needed kick. There are various versions that soon seque into the usual chanting monks and the other choral epics that soundtrack the Halo universe, but this is one of the most popular tracks among fans of the series.

There are plenty of games that drop in an acoustic piece or tune from time to time, often during a break in the action or the lull before a furious storm. Kudos to Bastion’s developer for taking a different route. When the character comes across a girl in the game, she plays this whole song, that the player can choose to listen to. Raw fret noises and strumming accompany the song, helping the scene of a raw, wrecked and impure world in need of repair – a true thing of beauty.

Let us know what your favorite guitar tracks are from games, the ones that raise hairs on your neck or make you want to smash things up with an ax!