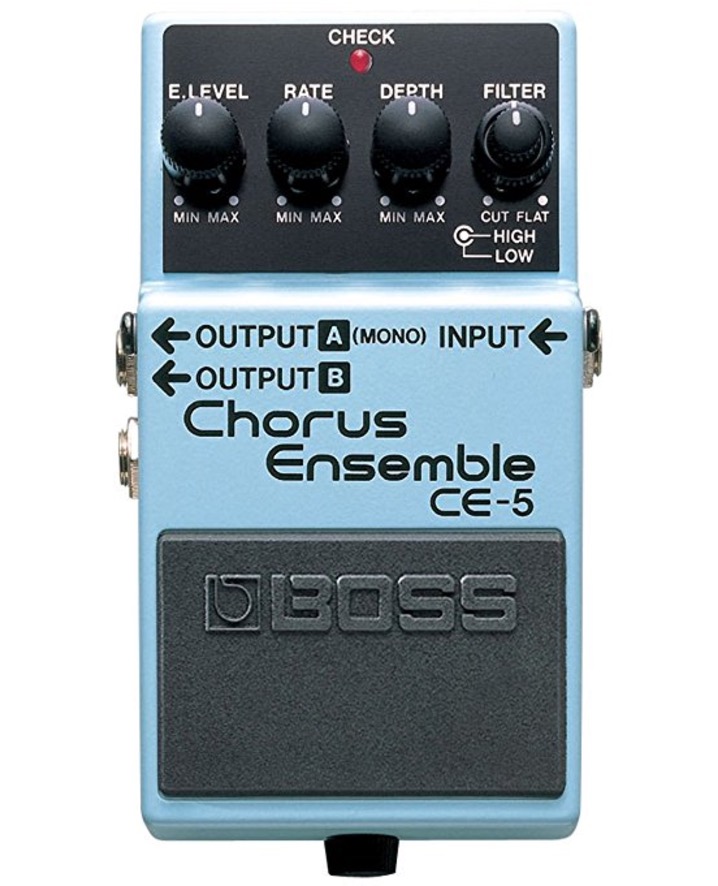 If you are a fan of Yngwie Malmsteen, you’re probably familiar with just how pedantic he is when it comes to his guitar tone. In all honesty, his skill is definitely on a whole different level, however it’s his approach to guitar tone which also elevates him to a category above most guitar players out there. Malmsteen is not the only one who has a very defined taste in terms of tone, but he absolutely has one of the most intriguing approaches to the gear he uses. 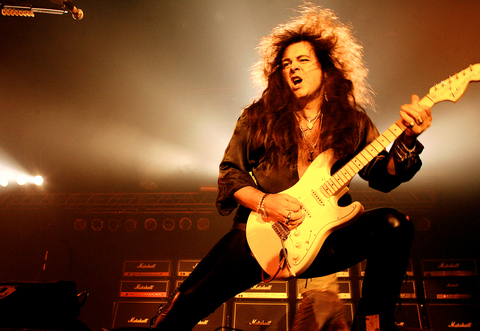 Since he is mostly a solo artist, a chorus pedal is a type of effect which can boost his tone where necessary. Out of all of the chorus pedals out there, including some pretty outlandish boutique models, Malmsteen turned to Boss for a solution. To be more precise, Malmsteen chose the Boss CE-5 Stereo Chorus Ensemble as his main pedal of this type. While this came as a surprise to many, the answer why is quite simple. Today we are going to answer that question and give you an honest review of this pedal. Who knows, it might be exactly what you were looking for all along. 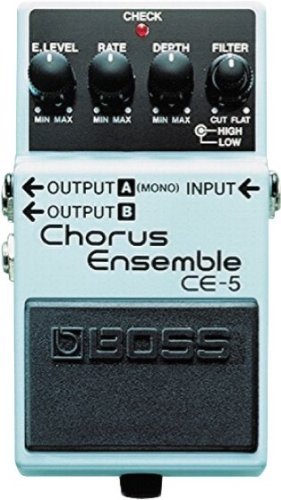 We have already talked about how determined and meticulous Malmsteen is when it comes to dialing in that perfect tone. That being said, the tools he uses to accomplish this task aren’t necessarily complex. On the contrary, Malmsteen is known for his use of rather average effects pedals both on stage and in the recording studio. Boss CE-5 is no exception. This pedal delivers the quality that is good enough for Malmsteen, all while keeping things relatively simple.

No matter which Boss product you pick up, there’s always going to be one thing you can count on. Quality and reliability. One simple glance at the Boss CE-5 Stereo Chorus Ensemble will tell you this pedal is packaged in the very same bulletproof Boss enclosure. We are talking about a body which can take a lot of abuse, and a foot switch that just keeps working. Beyond these standard features, CE-5 comes with a very similar layout of controls, only this time they are assigned chorus-specific functions.

Starting from left to right, we see the Effect Level knob. This control is pretty self explanatory, and regulates the how much chorus your signal is going to contain at any given moment. Next is Rate, followed by Depth and finally Filter knob. That last control comes in form of dual potentiometer design. The inner knob is going to be your high cut filter while the outside one is the low cut filter. You have probably noticed the word Stereo in the name of this pedal. If you look at the left side panel of the enclosure, you will see two outputs labeled as A and B. As expected, in order to use stereo mode on Boss CE-5, all you have to do is feed each output to a different amp. In terms of features, that is pretty much it. This is a very simple pedal above anything else, which is partially why it’s so attractive even to people like Yngwie Malmsteen.

In use, Boss CE-5 is every bit as solid. Since it’s a relatively simple design, taking grasp of all of its controls will take you a couple of hour at the most. One of the best things about the CE-5 is the fact that it allows you to create anything fro ma very subtle chorus effect, to one that is very apparent. It all comes down to how you dial in the filters and what type of music you are playing at the moment. In our own opinion, once you crank out the effect level above the 12 o’clock position, the pedal loses a lot of its natural and organic vibe. On one hand, some might consider this to be a drawback, but keep in mind that different music styles benefit from different chorus settings. Even if it sounds a bit artificial once you start nearing its maximum potential, it is still pretty useful.

What we like the most is the no-nonsense approach CE-5 has when it comes to creating a great chorus effect. There’s no special bells or whistles, but you do get a very refined range of controls which are more than enough to get a great chorus tone going. Since chorus is probably even more popular on acoustic guitars than it is on electrics, we are happy to say that Boss CE-5 works on both platforms with nearly the same quality. On top of all that, Boss has once again employed their reasonable pricing policy, meaning that CE-5 is not exclusive to those with a deep pocket.

Boss CE-5 is by far one of the best chorus effects on the market at the moment. The fact that Yngwie Malmsteen is a proud owner of one should be all the proof you need of how well CE-5 performs. It’s well built, solid in terms of tone, and rather affordable. Combine all of these traits and you have one memorable effects pedal. With that said, everyone has their own taste. Some people like the vibe CE-5 is capable of producing, while others won’t be too overwhelmed by it. At the end of the day, it all comes down to what type of pedal you’re after.