According to historians, it’s doubtful he was the actual originator of that type of banjo, but others did build upon the 5-string banjo that they believe he started.

This type of banjo is one of the most popular of the banjos today, but there are other varieties like the 4 string as well as the 6 string.

Those are common types, but there are less common 12-string banjos as well as ones without a fret.

Here is a selection of popular banjoleles that we recommend to anyone looking to take up the hobby!

The back of the banjo is often called a pot. Behind the pot, there might be a resonator. These resonator-equipped banjos use that piece of metal to project the sound of the banjo forward. 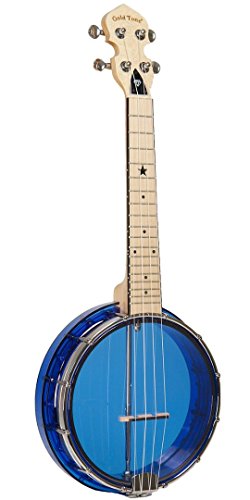 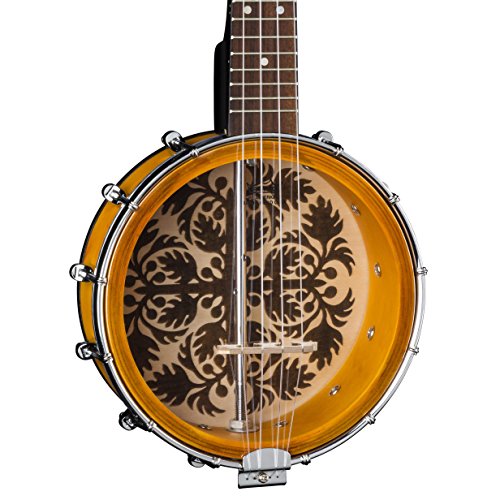 It’ll give the player more volume when they’re playing. Many musicians who are involved in bluegrass music want to bring more punch and volume to their playing. They’ll frequently choose a resonator-equipped banjo for their songs.

The banjo with an open back is one where the body is open in the back, which is exactly how it sounds when you say it. This construction will make the banjo weigh much less than the resonator version. The sound is softer and more mellow, too.

Folk musicians will often use an open-back banjo in their songs. It has a more laid-back sound for the genre of music. Musicians who want that soft, laid-back sound will play with a clawhammer technique.

So, what are the different types of banjos?

The fourth is the lowest string on the banjo. From the fourth string as the lowest, it goes up in order to the third, second, first and the fifth string.

The fifth string actually produces a drone sound. The tuner for the fifth string is on the neck of the banjo. It’s often called the thumb string, and it’s not the same length as the other strings.

Also called a travel banjo due to it’s portability, this banjo has a short neck and weighs less than other banjos.

It’s great for children or people with a small frame. It could have an open back or a resonator and still it won’t impact the weight of the instrument.

This banjo was brought to the world by Pete Seeger who was a folk music icon. He was part of the Kingston Trio. They brought many songs to the folk music world. It’s tuned differently than other banjos, too.

The 4-string banjos fall into two categories: the tenor and the plectrum. The tenor has a short scale compared to the 5-string banjo. It’s popular for certain types of music like traditional Irish songs.

The plectrum has a similar tone and range as the 5-string, but it doesn’t have the fifth string at all. Normally, musicians who play in Dixieland bands will use the plectrum banjo with a guitar pick because they strum the instrument.

The 4-string banjo can come with a resonator or with an open back. Your choice will depend on the type of music and sound you’d like to come out of the banjo.

The 6-string is often tuned like a guitar with the progression of string sounds you’d hear from the traditional guitar. While it sounds like a standard banjo, you’ll get to use the 6 string as a transition from the guitar to the banjo while learning to play certain songs.

Hybrids like the electric banjo are made of a solid piece of wood with an area cutout for the head. It uses electronic pickups to behave like an electric guitar.

The profile of the body will mostly resemble an electric guitar, and while it might play like one, it will sound like a electronic banjo. It would use a standard amplifier like that used for an electric guitar.

There are a variety of banjo types for musicians to play whether they have experience with other string instruments or not. You can choose to play a traditional 5-string banjo or one of the hybrids that allow you to transition from another instrument with ease.