In every trade and profession there are those who are good at it, those who are bad at it, and finally those who push the limits of what is perceived as possible. In the world of guitars, members of the last group we mentioned are few.

Even though there’s a lot of talented people out there who gave us some of the best songs in known history, only the select few actually reach the level of mastery like Steve Vai.

Here’s a video clip of Steve Vai melting faces, as per usual.

He is literally a wizard on guitar. A lot of things had to happen in order for him to become what he is today. Natural born talent, combined with early recognition of that talent, and finally being the student of one Joe Satriani – a wizard in his own right.

When you have someone so talented and capable as Vai, who isn’t scared to push an instrument to its very limits, you know their gear list is going to be extensive.

Steve Vai used, and uses a whole range of equipment which is a big part of his overall sound. Today we are going to go through some of his gear and show you what the legend turns to when a tour is coming up. 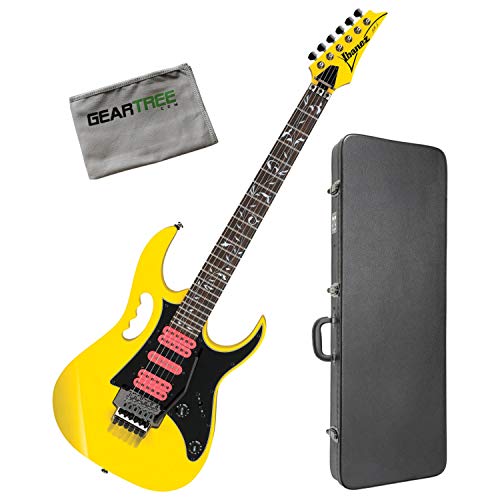 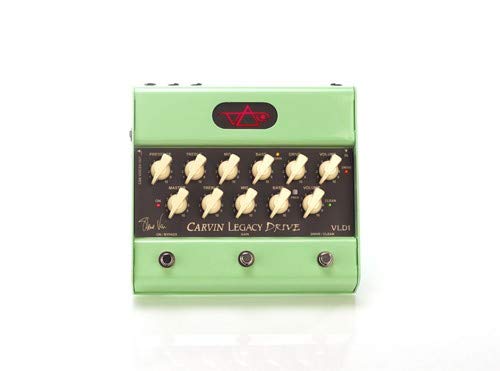 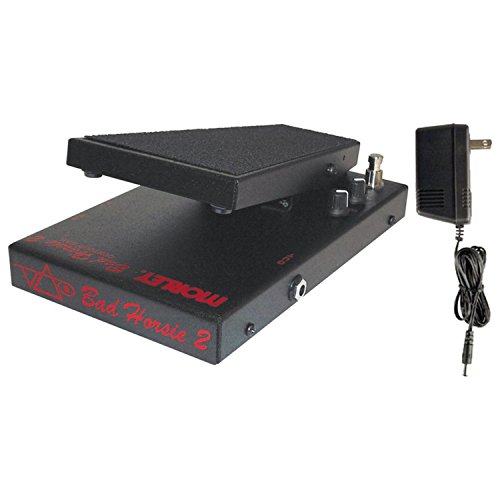 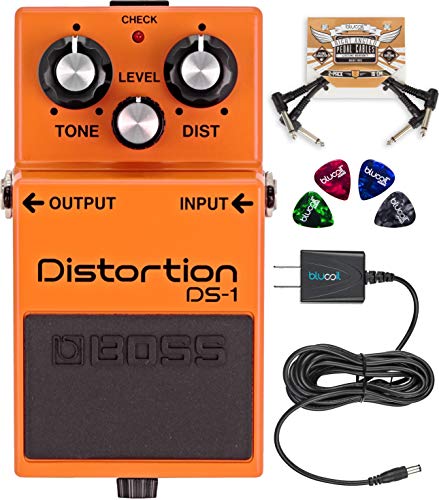 Every talent attracts a whole bunch of people with different intentions in mind. From fans to endorsement deals. Ibanez recognized Vai’s potential early on and decide to produce a whole range of Steve Vai signature guitars.

Coincidentally, Vai is one of several artists who actually use their own signature models. Here are just some of them.

If you look at which guitar Vai is wielding at any given day, chances are it’s going to be this one. The JEM line of guitars is Vai’s signature model series that has been around for a while now.

EVO is technically a custom tuned JEM7VWH. He used this very guitar to record a large number of albums, as well as perform a bunch of tours. Needless to say, the guitar is pretty worn out.

The neck has been replaced several times while the body features a huge crack that has been mended over time, but never completely fixed. Interestingly, Les Paul signed the EVO two times so far.

Up next, we have the…

Apparently, Vai liked the customized JEM7VWH so much that he ordered a very similar one and named it FLO. This guitar is in a much better condition than EVO. The only notable difference between these two guitars is the Fernandes Sustainer on the FLO.

If Vai hadn’t been through so much with EVO, he’d probably play it until it literally fell apart. However, over time he formed a strong bond with that guitar, so lately he mainly plays FLO in order to reduce the wear on EVO.

Aside from these two guitars, Vai has a full rack of different JEMs he uses as backup guitars. Other brands that were seen in his hands include various Fenders, Taylors, and Gibsons.

With that said, Ibanez is still his go to brand, and the reason for this extends far beyond the endorsement deal he has with them.

A good portion of Vai’s tone is attributed to his choice of amps. This is where most guitarists get a big surprise. If you expect to find a widely popular mainstream brand in this category, you have another thing coming.

Back in the early ’80s, Vai took interest in Carvin’s amps. Ever since then, he’s been using them as his go-to choice. Later on, a deal was made between Vai and Carvin, and he was given a chance to design his own amp. That pretty much sealed the deal.

Carvin Legacy 1 was the first in line of his signature model amps. The tone this box produced is exactly what he needed. This amp came out in 1999 and has since seen several successful iterations.

Guitarists like Vai use numerous amps when recording. If you have sharp ears, you will hear a whole bunch of different amps on any given track. However, they always have a foundation that is used for the backbone of the album.

This Carvin is a part of that foundation that Vai is probably not going to change anytime soon.  Here’s Steve Vai talking about the Legacy 3.

Someone like Steve Vai who spends a lot of time ironing out his tone is certainly going to use a larger than a usual number of effects pedals. From wahs, to modulation pedals, to delays. He has it all.

We won’t go into detail about each and every pedal in his inventory, but we will mention some notable models.

This wah pedal is one of two Vai is known for using over the years. His other choice is naturally a Dunlop, but the Bad Horsie 2 is the pedal he helped design in cooperation with Morley.

Even though he switches between Dunlop and Morley very frequently, it appears that he is more fond of this wah pedal in general.

Boss effects pedals are definitely a staple of Vai’s pedalboard. One of the pedals that rarely leaves his setup is the legendary DS-1.

This stompbox gives him all the range he needs to dial in a great tone, without pushing in too much gain into the signal. Coincidentally, lack of gain is one of the biggest complaints ordinary users have about Boss DS-1.

Steve Vai’s list of equipment is among the most extensive ones in the industry. When you have his kind of talent and skill, every new piece of gear opens up a new dimension of possibilities.

The stuff we covered in this article is the bare backbone of what he uses. Add about 10 times more items to each category, somewhere even more, and you might get close to what he generally uses.

At the end, we would just like to mention that Vai’s cooperation with Ibanez has given us some of the best metal guitars on the market. He infused just enough of his essence into his signature models to put them in a whole different category of awesome.