The evolution of electric guitar came a long way. But what’s interesting with it is that you need more than just the instrument itself in order to sound good. There are countless different distortion and other effects pedals, different amplifiers, cabinets, and all sorts of gear that makes up for one’s tone.

Tube amps, in particular, have been praised for their “organic” and warm tone, as well as their dynamic response – something that even digital modelling amps and multi-effects units try to replicate today.

The development of transistors, and ultimately solid-state amps, made things a bit easier, although their tone has rarely been up there with the tube amps.

However, there is one solid-state guitar amp that is still being praised by guitar players of all different genres – Roland JC-120 Jazz Chorus. We will now try and take a closer look at this amp and see what makes it so special.

Before we start, there’s some info you need to know about this one.

The JC-120 is the first model of Roland’s Jazz Chorus series. It appeared on the market in 1975 and is still being made to this day. The “Chorus” in its name comes from the built-in chorus effect.

However, despite “Jazz” in its name, the amp became quite popular among metal guitarists, mostly due to its crystal clear tones. Beside them, guitarists of many different genres also implemented it in their music because of its power, tone quality, and the lower price of tube amps.

The JC-120 is a fairly powerful amp, featuring 120 watts and two 12-inch speakers. Well, it’s actually 2×60 watts of power and its aforementioned chorus effect can work in stereo.

Anyhow, the amp has two channels with two separate inputs, low and high impedance, allowing you some additional tone-shaping depending where you plug into.

One channel is purely for clean tones with basic controls – volume, bass, mid, and trebles. The second channel has two additional features, distortion and reverb, which can be turned on via footswitches.

Each of the channels has a “bright” switch, adding just a bit more punch to the high-end and creating that crystal clear tone it is known for.

But its best known feature, as the amp’s name already suggests, is the chorus effect. Well, it’s actually chorus and vibrato and you can choose between the two. These effects are controlled with two knobs, one for speed and one for depth.

As already mentioned above, the amp has footswitch connectivity options. However, these don’t come with the amp but there are three input jacks for chorus/vibrato, distortion, and reverb selection.

Of course, the amp also has the FX loop, something that comes in handy for those who have a lot of pedals in their inventory.

The first thing you can see is that it is a bit bulky. The weight is a bit over 60 pounds or around 28 kilograms.

While it’s not exactly eye candy, the amp’s simplistic and utilitarian design remained throughout the decades, making it pretty much perfect for this kind of a product.

At the end of the day, it was the tone that made this amp so great, with the design ultimately becoming loved, being a reminder of its great quality.

The controls for each channel are pretty clear and really easy to use. The grill in front of the speakers is decorated with Roland’s famous logo.

Overall, seeing it for the first time, you’ll have an impression that this is just an ordinary amp. Which is actually representing this amp’s biggest strength quite well – the highly sought after clean tones.

Which leads us to the overall performance of this amp. As mentioned, the Roland Jazz Chorus is praised for its clean tones. In fact, they’re as clean and simple as it gets. Plugging in your guitar with all the knobs set to 12 o’clock is enough to get a good tone.

However, you need to bear in mind that the JC-120 is, in fact, just a perfect vessel to present the true tone of your guitar.

In case you have a guitar that has great pickups and overall produces great tone, the Roland Jazz Chorus makes it shine by not adding anything to it. This is the reason why some jazz players who prefer those hollow-body guitars love it so much.

The distortion is probably not that often used on it and it’s not something that you’d expect to be used in, let’s say, a classic rock song. It serves more like a speck of additional dirt for blues or jazz guitarists. But the overall clean tone of the amp makes it a great basis for distortion and overdrive pedals.

The “bright” control comes in as a great feature as well, pronouncing the high ends in the best way possible.

But now we get to the amp’s chorus and reverb. Both of these effects are something made the JC-120 and all the other variants in the series so popular and famous.

The chorus here is a stereo effect, making a really spacious tone. It sounds like the chorus you’d hear in Police’s “Message in a Bottle.” It makes your guitar ring, no matter the type of pickups you have on it.

In addition, the reverb is something that’s been praised by the amp’s users over the years, additionally pronouncing the amp’s clean and bright tone.

One thing’s certain – you can’t go wrong with the Roland Jazz Chorus. Sure, it might be a bit more pricy compared to other solid-state amps, but this is most certainly justified.

However, in case you’re into heavier music, the high gain pedals are a must, but this amp’s clarity will give them enough space to let them shine in the best light.

This does mean that you need quality gear to go along with it, but this is the right way to get some of the best tones in the easiest way possible.

The fact that you also need three separate and additional footswitches for the distortion and effects is a bit of a letdown, though.

But we’re not sure if we should be critical of it at all, as this is a perfect amp for studio situations and clean tones for all the different genres. 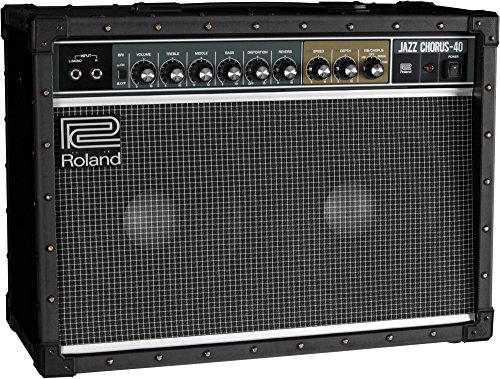 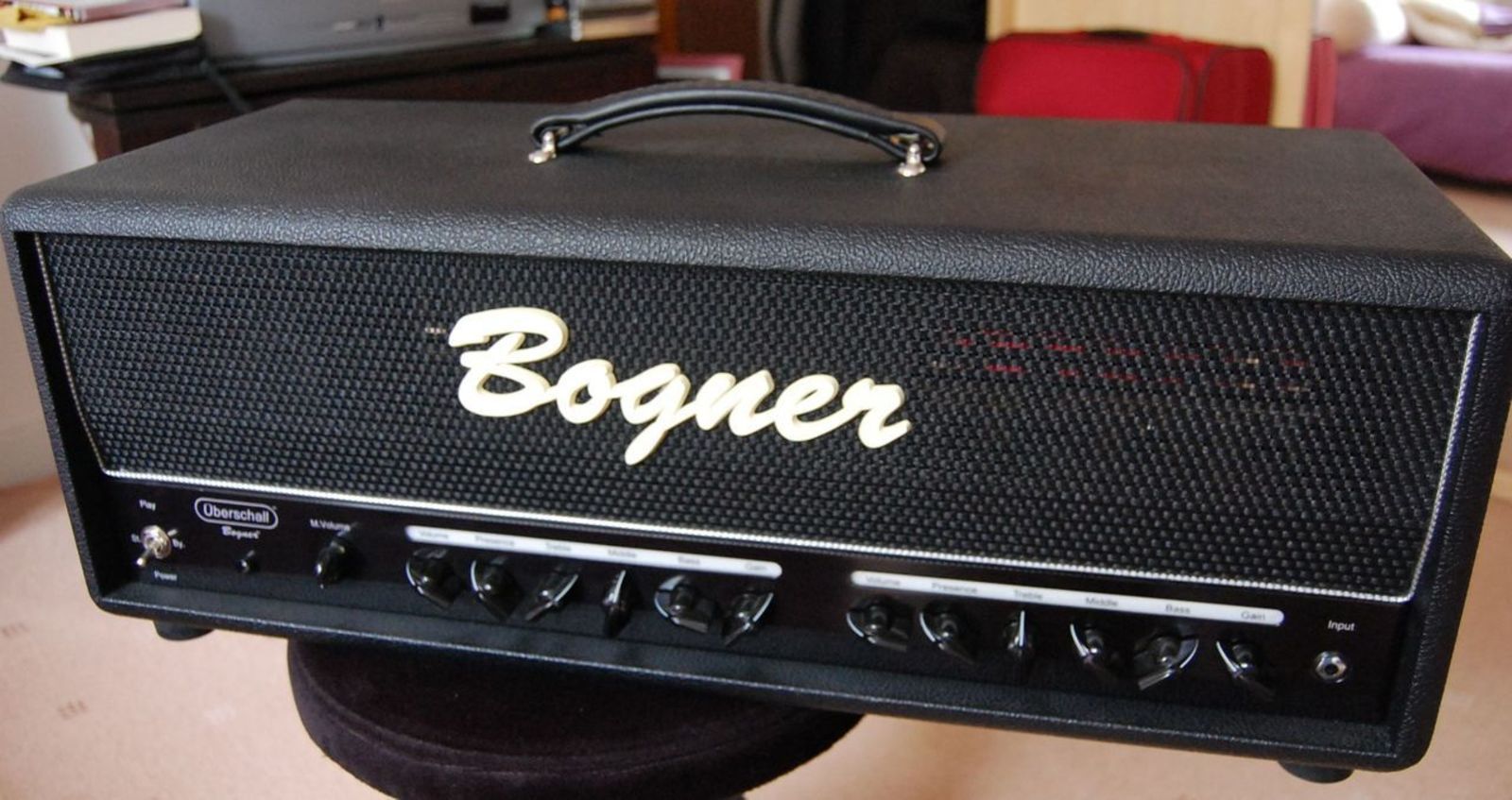 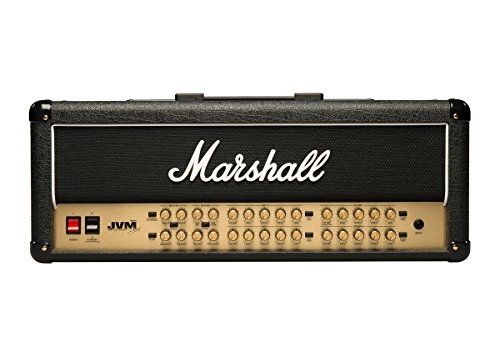 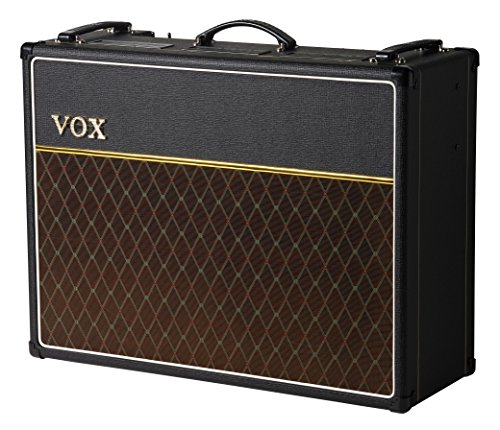 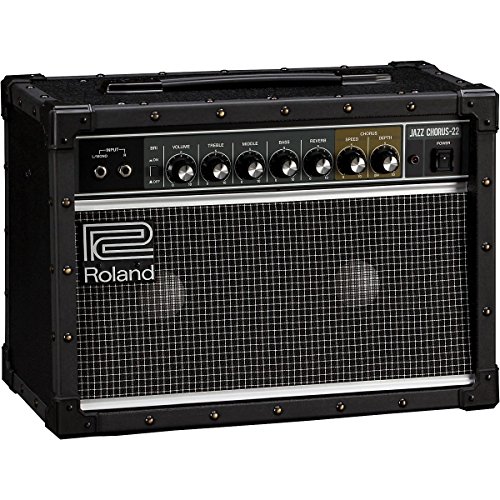