On March 19th, I had the chance to talk on the phone with the director of the documentary film Mourning Son, Todd Newman, at his home in Los Angeles.

Mourning Son, for those who don’t know, is a very dark film which looks at the brutal murder of Jane’s Addiction guitarist Dave Navarro’s mom Connie and her friend Susan Jory, which took place in 1983 when Dave was 15 years old.

As best friends, Todd Newman and Dave Navarro have done a lot together over the years both personally and professionally, including – but not limited to – their Dark Matter Radio show, which represents a censorship-free outlet for the twisted and sardonic humor that they both share.

Although they’ve collaborated on many projects, nothing they’ve done can quite be compared to the feature length film Mourning Son, which was released last year (2016) and is now slowly making its way across the world and seeing a broader release in countries such as Ireland, Germany, and Latin America (to name but a few).

According to Todd, Mourning Son took around 7 years to make, and, over that span of time, required him to first accept and then to fully embrace the role of director of this rather unconventional piece of filmmaking.

As Todd mentioned in our interview, this was his directorial debut, and not so much a typical first film for anyone to direct.  Mourning Son, if anything, presented itself as a crash course in directing in many ways, with many lessons to learn along the way, and many different requirements.

As the film’s director, Todd was responsible for many of the key facets of the film, including its distinctive look, feel, and also the arc of the story itself.   However, it is really the subject matter here which makes Mourning Son a different cinematic animal altogether. 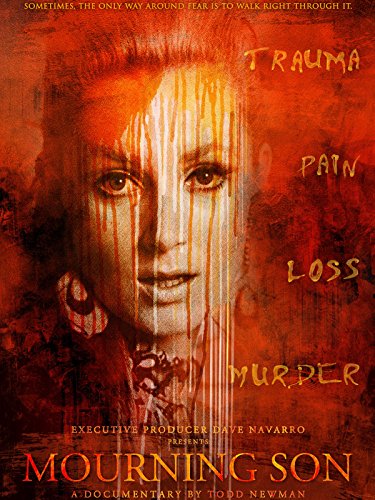 How Mourning Son Came Together

I was personally quite curious as to how a film like this came together, and so Todd filled me in on some of the things that you might never guess watching Mourning Son.

For instance, Todd mentioned that when they decided to embark upon the journey to make this documentary, it was possible that the story which is central to Mourning Son – the murder of Connie Navarro and its ramifications on all involved – was not necessarily being considered as being the potential plot of this, or any, movie.

According to Todd, in the beginning, all that was planned was for he and Dave to make some sort of documentary film together.  Having worked together so much over the years, they had discussed the idea of making a documentary, but they needed to think of a topic that held some meaning to them.

After doing some brainstorming, there seemed to be an elephant in the room, so to speak.  This was a rather volatile idea that either could or could not be considered as subject matter -Connie’s murder.

From what Todd has told me about Dave, and from what I can now see after having seen Mourning Son, is that Dave doesn’t like shy away from things, so to speak.  As he said in the film, since his mom’s murder, he learned that anything can happen, and so it is important not to let fear fuck with you (I’m paraphrasing).

The one big thing that Dave had not examined or fully dealt with at that time before the making of this film was the story of what happened to his mom, so, then it became a question of wanting to go down that road and opening up a dialogue on that subject.

Deciding to explore this difficult topic was the turning point where Mourning Son came to be, and, from there, Todd and Dave’s 7 year journey to get this film made had begun, with Dave taking on the central role in the film.  It isn’t long before we quickly see that this film extends far beyond any single person, to contain a message, however dark or abstract, that hits the viewer on a primal level.

One of my questions to Todd was whether there was any resistance to having this film made, such as industry people who might not be keen on budgeting such a project, or even family or friends who simply didn’t want to go through it all again.

In watching the movie, it is easy to imagine that not everyone would see the benefit or appeal in making a film like this.  Normally, when movies are made, it is typical (not to mention necessary) for the filmmakers to get their studio or sponsors to back them up.  Todd explained that since the movie was essentially funded by him and Dave, there was no one to really prevent them from making this film.

With independent films, it’s all in the hands of the creators.  This is the type of film making that I relate back to anyone from John Cassavetes to David Lynch in terms of creating a film based on pure creative instinct, and letting the process guide you.

I’m told it was Todd and Dave’s deep love of cinema that accounts for the film’s visual aesthetic, not to mention the overall flow of the story.  Being unabashed cinephiles, numerous cinematic reference points permeate Mourning Son from the past 100 years of film, giving hardcore movie fans a chance to try to identify them.

In addition, as the film began to take shape, it was clear that it was ultimately a tribute to Connie Navarro, and would carry a positive message.  Hence, friends and family rallied around the film, raising it up.

This balance between making a good, watchable film and keeping its artistic integrity intact while still respecting everyone involved was something that Todd was well aware of throughout the directing process.

As Todd explained to me, it was necessary to go down some dark roads in order to get this movie completed.  Many unexpected things happened along the way, and the entire process of making Mourning Son seemed to be one big learning curve from beginning to end.

Although Todd and Dave managed to whittle things down to a lean 1 hour, 47 minutes, there had been hours of footage that hit the cutting room floor which could have amounted to a 6 or 7 hour supercut.  I personally would watch an extended version, but for public consumption, they decided to make a good and concise film instead of the Ben Hur of murder docs.

In terms of the overall style in which Mourning Son is presented, there is clearly a lot of visual symbolism involved in this documentary achieved through special effects, juxtaposed with more conventional camerawork to create an emotionally engaging rhythm taking us between memories and the present, dreams and reality.

Emotion is at the heart of this story, and this is expressed, in part, through the storytelling itself, which serves to paint a portrait of the entire situation and exactly how it felt when it happened using first hand accounts of friends, family, and neighbours who participated in the film.

All of their voices are essential in telling the full story here, and each of these individuals brings their own perspective to the film, which helps to ground it in reality.  Dave is the constant central figure in the narrative, of course, leading the film to the conclusion, where we find ourselves with him at the jail where he is to confront the killer.

Musician Michael Tuller plays a big part in helping to create the mood of the film, or, rather, to accentuate the already pre-existing darkness which permeates Mourning Son.

Michael, who has worked with Nine Inch Nails, Danny Elfman, as well as on the Avengers movie, The Age Of Ultron, was able to offer up some extremely moody pieces of music at key moments.

And so, when you’re watching the film, parts of the soundtrack almost seem like something coming from inside your own head, before you realize it’s just there in the background, ratcheting up the tensions or emotions of a particularly heavy scene.

The music in Mourning Son is quite diverse, and not just limited to the suspenseful type as you might expect.  To the film’s credit, many of the pieces are very evocative and conjure up different emotions throughout the film.

As we wrapped up our interview, I asked Todd about what’s next for him and Dave. One might think that creating a documentary like Mourning Son might necessitate taking a break of some sort, but it turns out the creative fires are still burning bright, and new projects are on their way, although in a different and probably unexpected vein.

Mourning Son, in its release, has had the unique benefit of opening up new lines of communication for those who have endured painful situations, and were previously unable to speak about their experiences.

In addition to being a gripping film, it does, in a very tangible way, help people who are struggling with trauma, for which the creators are thankful.