Ibanez guitars are now a staple of the rock and heavy metal sound, with players such as John Petrucci, Steve Vai, and Paul Gilbert to name few using the famous brand at some point or another throughout their playing career.

Released in 2013, the Ibanez RG 460 VFM is a continuation of the popular RG series. Upon first look the guitar would seem like shoe-in for a typical metal or “shredders” guitar; however this guitar has a lot more features which may surprise you.

The Ibanez RG 460 VFM has the same feel and playability of other RG style guitars with a few unique features. One of these features is the SynchroniZR tremolo bridge; it was inspired by the Zero Resistance tremolo, a similar bridge which was also designed by Ibanez. This tremolo is unique as it uses ball bearings as pivots instead of tremolo knives which are usually used on other RG models. Like many of the models in the RG series the body of this guitar is made with basswood with a flamed maple top and the neck made of maple.

Here’s a quick video review of the Ibanez RG 460 VFM by accordoTV.

The guitar has a 5 way Stratocaster style toggle switch allowing more control over the instrument and can add a level of sweetness or dirt to allow you to reach your optimal tone. The guitar has a brown burst look, which with the flamed maple top gives a beautiful looking finish.

Versatile – The single, single, humbucker pickup configuration of this guitar allows for a greater level of versatility. From a clean, Stratocaster esque ‘snap’ to a distorted heavy metal tone this guitar has you covered.  As previously mentioned the 5-way toggle switch adds further to the customization of your tone, this allow the player to split between all 5 pickup positions to optimize their sound. This gives a subtle but effective difference.

Extra Frets – The 24 frets are another welcome addition to this guitar, perfect for shredders who have more notes at their disposal but also useful for any guitarist who may find themselves in a situation where they need that extra couple of frets.

Lightweight – The guitar is very light, compared to a Les Paul for example, making it much easier to carry to gigs or practices allowing you to keep all the tone with less of the weight.

Thin Neck – The thin neck of this guitar allows faster movement around the neck and can make complex runs much easier than on a guitar with a thicker neck. As a common theme amongst the RG series of Ibanez guitars it’s easy to see why they are favoured by shredders such as Steve Vai and Paul Gilbert.

Awkward to set up – As well as the issue with the intonation, setting up the guitar as a whole can be pretty awkward. Although not a Floyd rose set up, the bridge can still be challenging for a guitarist who may be used to a Les Paul or Stratocaster model which has a relatively simple set up, the SynchroniZR on the other hand has a spring which needs to be adjusted to maintain the tuning of the guitar. Altering the action of the guitar can also be a bit tricky when compared to other guitars.

Overall this guitar has a little something for everyone. If you’re primarily a shredder looking for a typical heavy metal style guitar with the extended fret range and thin neck with a humbucker pickup in the bridge this is the guitar for you. Alternatively if you are looking to play a number of different styles and want a versatile guitar capable of playing everything from clean, single coil country lines to dirty, aggressive punk then this guitar also has you covered. Although slightly awkward for a complete beginner due to the complex set up, this guitar would be perfect for a musician looking to improve their sound without having to spend a ridiculous amount of money to do so. 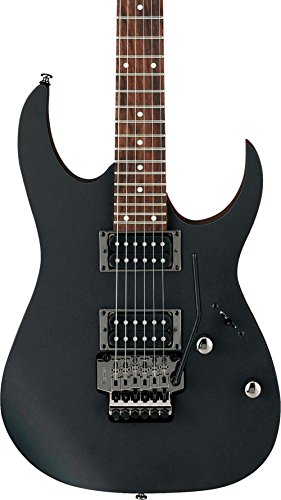 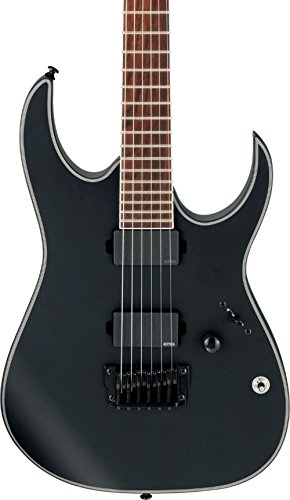 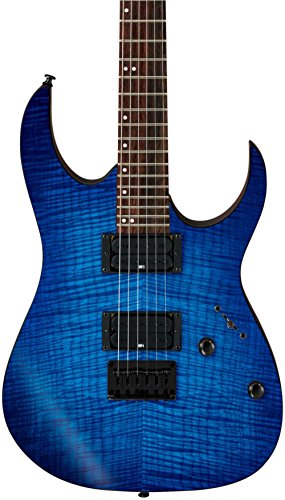