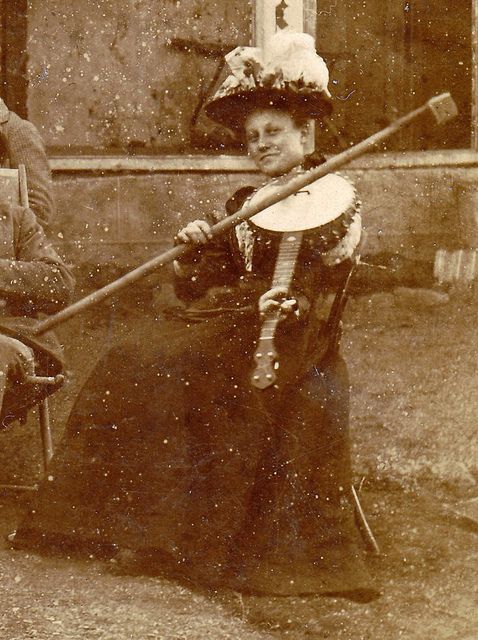 The banjo belongs in the lute family of instruments. It’s a drum with strings basically. While a kind of drum instrument with strings can be traced back to the 13th century in areas like the Sahara, it was brought to America with the slaves in the 1700’s. It’s gone through a variety of changes and moved from black folk songs to white Appalachian bands to American folk songs over the years.

The Early Banjo was the Banjar 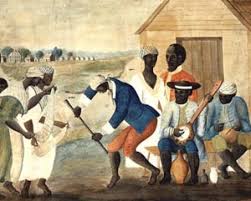 Historians believe the first mention of the banjo or banjar from Africa was seen in 1620 and written in a diary from Richard Jobson. He described his exploration of the Gambra River where he saw an instrument “made of a great gourd and a neck, thereunto was fastened with strings.” That sure sounds like the same as the instrument seen in America years later. There was also the kora in Africa that had a skin head and a gourd body.

When the slaves were brought to the New World, they were denied the use of drums they’d used previously for music. Instead, they would make Banjars, which were made of materials they found on and around plantations. In 1781, Thomas Jefferson wrote about the Banjar he said was “proper to them” which they “brought hither from Africa.” Illustrations from those days show a banjar that looked like an early banjo, but there’s really no way to know what they sounded like.

The slaves created their banjars of gourds with animal skins stretched over them to create the drum part of the instrument. The fret was created with a wooden stick neck. The strings were created using cat gut or homemade fibers.

The first white performer to use the banjo was Joel Walker Sweeney from Virginia. He brought the banjo to the rest of America as part of his minstrel shows.

Minstrel shows were comedy shows where white performers would sing and dance while their faces were blackened. Sweeney had created a group of entertainers who would appear in blackface. His show was called Joel Walker Sweeney and his Sweeney Minstrels. By 1843, there were two banjo players as well as a fiddler, bones player and drum and tambourine player.

The type of playing known as the downstroke or frailing was credited to Sweeney, but historians believe it was likely that he learned it from slave performers. 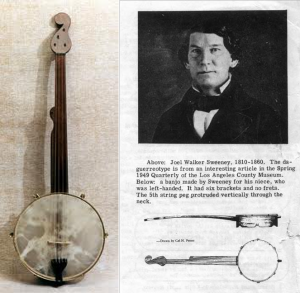 Sweeney is often credited with adding the short fifth string to the instrument, but there’s a painting prior to his minstrel performances that shows a black gourd player with a fifth string halfway up the neck of the instrument he was using.

From Minstrel to the Northern Parlors 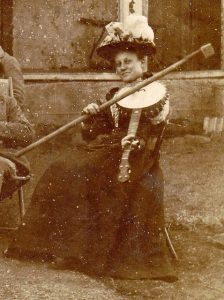 The 50 years between the 1840s and 1890s saw banjo players in more than the minstrel shows. In New York, there were banjo contests and tournaments held in various placed like race tracks, bars, and hotels. It was around 1857 that metal strings were invented, which were cheaper and lasted longer than other types of strings that were being used.

Around the time of the Civil War, the soldiers would entertain themselves and the rest of the troops with performances since they came from minstrel shows and southern country bands. When the war was over, the knowledge of the music dispersed with the soldiers across America.

There are various versions of the modern banjo, which include four or five strings. They’re tuned like a guitar, and some players pluck or strum the strings like they would with a guitar. There are other types of play like the clawhammer style where four strings are played with the index and middle fingers while the fifth string is plucked in a downward motion by the thumb.

Other methods of playing the banjo will depend on the kind of music and sound the player would like to coax out of the instrument.

The Modern Banjo Material and Style 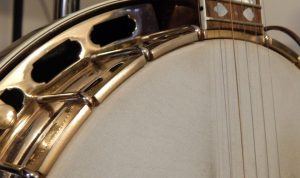 Whether it’s a four, five, or six string, the banjo has graduated from the gourds with stretched animals skins over them. The body of the current banjo is generally made of wood or metal. There are still fretless banjos, but many of them have frets now. The strings can be metal or nylon depending on the sound that the player wants to achieve.

The banjo’s history started in a time when primitive instruments were made out of gourds and animal skins. It’s progressed to metal strings and metal instrument bodies, but it’s still a sound that is distinctive for some kinds of music especially country and folk music.