The majority of amplifier brands have worked, or are still working with at least one great guitar player.

These relationships are mutually beneficial as the amp manufacturer gets some exposure while the guitarist gets to build an amp just the way he wants it. For some this is a privilege, for others it’s a necessity.

Eddie Van Halen is among the very few wizards of guitar in the world. That is something no one can nor will deny.

His talent was recognized by Peavey, who approached him with a type of proposal like the one we have described just now. He gladly accepted and that is how the EVH line of Peavey amps was finally born.

The whole series was an instant success, mainly because Eddie actually spent some time designing the amp, instead of just slapping his name on it and calling it good.

Today, it’s our mission to find out just what type of performance you can expect from the third iteration of Peavey 5150 amp heads.

When someone like Eddie Van Halen is designing his own amp, the whole guitar community sits patiently and waits to see the results.

In this league, no one is really expecting that amp to be a failure, especially since its creator was planing on using it himself. The project was a complete success, but Van Halen soon got in a conflict with Peavey and they parted ways. 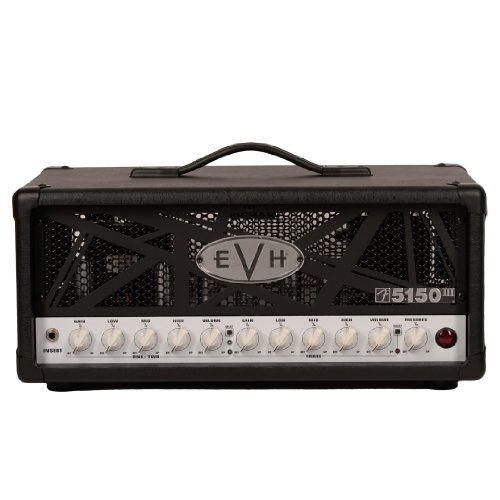 By doing so, Eddie got to keep the design and the name of the amp, which he promptly started manufacturing under the name of EVH 5150, while Peavey also sold this amp but called it Peavey 6505.

Either way, both of these became widely popular, and the list of famous guitar players who use it as a foundation of their sound is pretty decent. One name that comes to mind is Jerry Cantrell.

Some might say that Eddie Van Halen is a bit of a flashy guy, and they wouldn’t be wrong. After all, one look at the EVH 5150 III tells you all you need to know in regards to such statements.

This thing comes in black and white. The black one is rather average looking head even though its attitude is obvious from the start. The white one, now that is just insanity.

It looks awesome, but it’s simply insane. This amp pushes some 100 Watts RMS, and it does so thanks to eight 12AX7 tubes in the preamp stage and four 6L6 in the power stage.

The amp comes with three separate channels promptly named One, Two, and Three.

As you can probably guess, One is clean while the other two are some type of overdrive/distortion channels. Each of these comes with their own sets of controls.

Those are Gain, Treble, Mid, Bass, Volume, and Presence. All of these except for Presence, are clustered together.

Now, the only issue here is the fact that there is no master volume knob, which can be a bit irritating at times. Thankfully, the amp comes with a four-button foot switch.

In terms of performance, you can expect to get the core of Eddie Van Halen’s sound. That would be the easiest way to put it. Messing with each channel individually reveals that some channels were more important than others.

As you would expect, the overdrive/distortion channels are just awesome, but that clean channel seems to be lacking some substance.

Channel Two and channel Three are just beastly. They differ in the amount of saturation you can get, but both can be pumped with a lot of gain easily. After all, this is a 100 Watt head. Hook it up to a decent 4×12 combo and you’re in business.

Check out a very interesting and entertaining video of Rob Chapman slaying with this amp, and drowning out the girls trying to play jazz in the background.

One interesting design feature is the separate presence knob for each of the channels. While this might appear to be a lot of unnecessary work, in reality, this is one of the most practical features on the entire amp.

By being able to set the presence for each channel, you can comfortably assign them varying amounts of gain. That is, without having to worry how they will sound stacked to each other.

With 100 Watts and a whole array of tubes in its core, EVH 5150 III is loud. you can get the type of output you need to perform just about anywhere with this amp.

If you are an Eddie Van Halen fan, you will be pleased to know that this bad boy brings you the most authentic ‘brown’ sound you can get. Actually, the entire third channel is all about this tone color.

One of the main reasons why EVH 5150 III is not more popular lies within its lack of flexibility. In other words, Eddie designed this thing for himself.

What he considers to be a great tone is not an opinion a lot of people share.  That type of limitation is a bit disappointing, but we can’t complain too much.

When stacked against other amps in its class, EVH 5150 III comes across as unique. That would be completely fine, but when you’re buying an amp that costs as much as this one, you would expect to get at least a bit more maneuvering space to work with.

With that said, the amp has very few flaws if any at all. We can’t get stuck on criticizing its nature simply because of how the amplifier was created and who designed it.

If you’re looking to get a good set of tubes and you can drop this kind of money, you should definitely check out the EVH 5150 III. It might just be exactly what you needed all along.

Depending on how things go from here, EVH might make their next one a bit more general purpose oriented. That way they would open up this awesome line of amps to a much broader audience of potential customers.

Until then, we are left to make a tough choice which many are not ready to just yet. 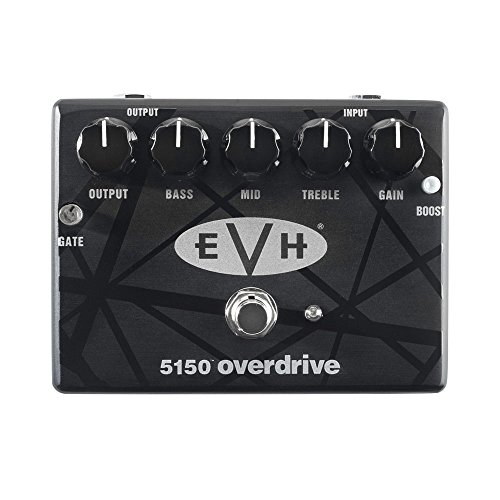