When the other members turned down the idea, he decided to experiment with the use of the synthesizer on his own, entreating the help of ex-Smiths guitarist Johnny Marr. And this is how Electronic came to be.

Electronic’s music combines rock, pop and dance music, with touches of guitar, synthesizer, and other electronic instrumentation. Their music personifies many of the most quintessential 80s trends.

Getting Away With It

In 1989 Sumner and Marr, along with guest vocalist Neil Tennant of Pet Shop Boys, released their debut single “Getting Away with It”. In this song we see three very different icons of the 80’s collaborating at the end of the decade to create something that takes all the best influences of 80s rock and pop.

The chorus of the song repeats the line “However I look it’s clear to see – I love you more than you love me”; these lyrics, along with others such as “I’ve been walking in the rain – just to get wet on purpose”, were intended to be a sort of parody of Morrissey’s infamously depressing and morose lyrics. Of course, this is a sentiment with which I’m sure we’re all very familiar. The lyrics of this song are brutally honest and pure; nothing is hidden or sugar-coated.

The song incorporates a full orchestra giving the tune a full, flowing sound. The song also includes a guitar solo by Marr. The song has an upbeat rhythm and a catchy chorus that made it quite popular when it was released. Ben Thompson said in his review in the NME, “A lovely, airy melody that drifts in and out of the song: gently weighted with obtuse, lovelorn one-liners.” You can listen to the song here.

The first release of “Getting Away with It” in 1989 featured the title track on side A of the album and an instrumental called “Lucky Bag” on side B. “Lucky Bag” was an ode to the music genre Italo House, a type of house music originating in Italy, which Sumner and Marr both shared an enthusiasm for. It is the only song they did in this style.

A year and a half after “Getting Away with It”, the band released their first album in 1991, “Electronic”, which was well received by critics and included two chart-topping songs, “Get the Message” and “Feel Every Beat”. The album sold over a million copies over the world. The melodies in the album have an upbeat feel; they’re songs you can dance to. The tunes are light and breezy, uncluttered by heavy-sounding instruments. 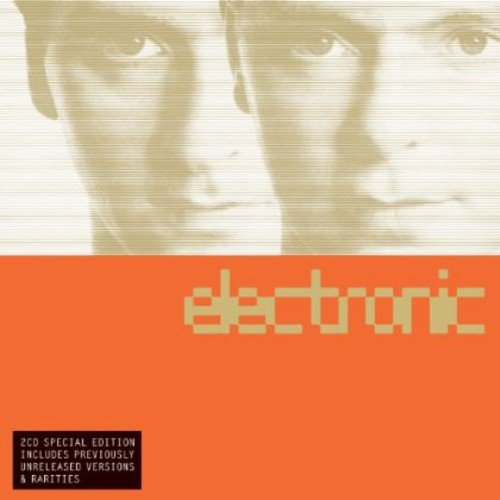 Listen to “Feel Every Beat” here. 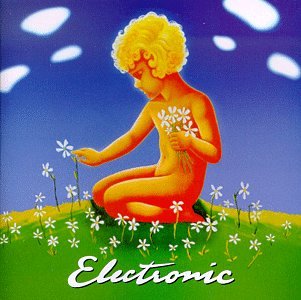 After “Raise the Pressure” the group came out with one more album, “Twisted Tenderness” which they made as a more conventional 4-piece band with the help of bassist Jimi Goodwin of Doves and drummer Ged Lynch of Black Grape.

Although there has never been a formal disbanding of the group, in 2003 Marr did state that the band had “reached its natural conclusion.”

In conclusion, if you like New Order’s dance rhythms and electronic instrumentation and you like the Smiths’ morose lyrics and vibes, you will definitely appreciate Electronic.