The history of metal music is written by those who introduce new sounds and previously unseen techniques. Even though there have been a huge number of metal bands, some of whom are popular to this day, there was only a handful that made enough of an impact to enter the official and unofficial hall of fame. Megadeth is definitely a band that belongs to this category. The one man that has held that crew together, and produced some of the best metal riffs known to man is Dave Mustaine.

Dave worked with Jackson to produce a number of guitars that sported a Flying V design. Some were aimed at budget users, while others were full-fledged metal axes. The most memorable one has to be the Jackson KV1. Today we’re going to take a closer look at this guitar, and see just what kind of performance it had to offer.

But first, just listen to this cover of the solo in “Sweating Bullets” and how it sounds on a Jackson KV1:

One of Mustaine’s favorite guitars was Jackson King V Custom he ordered from Jackson during 1986. He came to Jackson with a number of recommendations and adjustments he’d like to see made on a standard King V. This, in turn, prompted Jackson to start a whole series of Mustaine signature guitars that were more or less based on this King V Custom. First in line was King V Pro which was heavily inspired by the King V Custom. This guitar was produced from 1993 to 1996.  Afterward, the model was renamed to Jackson KV1.

There were several major and some smaller differences between these two models. With that said, all of those changes were an improvement compared to the original design. Considering the popularity of Megadeth, and Mustaine in particular, it’s no wonder Jackson KV1 was a huge success. These guitars sold in great numbers and were only discontinued around 2001, which was close to when Dave stopped working with Jackson altogether. 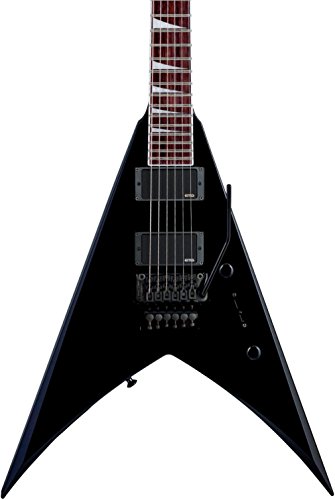 The components found on Jackson KV1 changed from year to year. The original ones featured a Poplar body that was finished with solid black, sparkling silver, or natural Korina. Later on, Alder replaced Poplar, which wasn’t all that odd since other components of this guitar changed as well. It’s worth mentioning that King V Pro used to come in Cherry sunburst instead of natural Korina, which was one of the main differences between these two models.

The neck was a maple design with an ebony fretboard. The profile of the neck used to be very thin with earlier models, only to change slightly as the years went by. Jackson chose a 25.5-inch scale for the KV1, although the size of the frets varied from year to year.

In terms of electronics, you had a pair of Seymour Duncan’s TB-4 and SH-4. However, these were not the only pickups that came on this model. Depending which year of production you stumbled upon, you could see a TB-5 instead of a TB-4 and so on. Speaking of pickups, the King V Pro is often times regarded as a more authentic copy of King V Custom. The reason for this is the fact that King V Pro featured Bill Lawrence L500XL in the neck position, which was similar to the Bill Lawrence 500L Mustaine requested for the King V Custom. 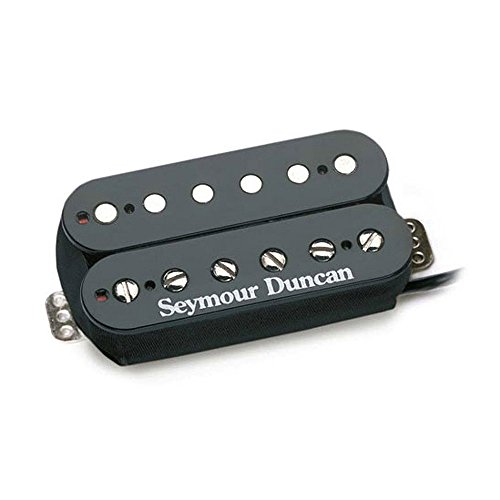 KV1 came with LSR tuners and Kahler APM 3300 or APM 3100 fixed bridge. The difference between the two was in the material they have used to make the rollers. 3300 had brass rollers while 3100 had steel ones.

One of the main reasons for the success of Jackson KV1 is not the fact it was based on Dave Mustaine’s King V Custom. That was just the trigger. The truth is that KV1 turned out to be a great workhorse guitar. Many doubt the quality of Jackson’s instruments in this time period. The company was not doing all too well and was subsequently bought by Fender. Even though KV1 was produced during this turbulent time period, this guitar simply delivered with consistency.

It’s no secret that KV1 was first and foremost a metal guitar. If you didn’t figure that out from its shape and shark teeth on the fretboard, Kahler’s fixed bridge would be a dead giveaway. Straight out of the box, KV1 didn’t have too much sustain.

This is partially due to the aforementioned bridge, and the fact that it didn’t have enough contact with the body of the guitar to make it resonate. However, that ‘flaw’ was compensated by the great choice of humbuckers which handled high gain distortion flawlessly. Since it was a Dave Mustaine signature model, the tone it produced was more or less aligned with that of Megadeth. Honestly, no one bought these guitars to play jazz on them.

What many people liked the most about the KV1 was the fact it was so playable. Thin neck, 25.5-inch scale, and a well-balanced body were all you’d need to shred on this thing for hours. Even though it was a Flying V shape, KV1 was very comfortable to play.

Once Fender acquired Jackson in 2003, they’ve limited the number of signature models Dave Mustaine was allowed to come up with. This prompted his departure from Jackson. KV1 is regarded as Mustaine’s last real signature model. Because of this, their price is still pretty high even for the banged up used ones.

Finding one in decent shape is definitely hard, but they do come up from time to time. Jackson KV1 is one of those guitars that have both the historical value thanks to Mustaine, but also the practical value. Relatively short production run and various changes that were introduced while it was still being manufactured make KV1 a serious collector piece.